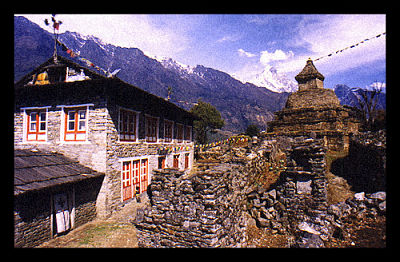 With nearly 5,900 dead and monetary growth stalled, loss has become commonplace in the wake of Nepal’s 7.8-magnitude earthquake. The tourism sector, constituting eight percent of the country’s gross domestic product, now looks gutted – a reality that could have grim implications for Himalayan Sherpas.

Jagged snow-capped peaks and olive-green farmlands frame rural villages in Nepal. It is here, with the beast’s shadow looming, that backpackers from across the world come to tackle Mt. Everest. Himalayan Sherpas, indigenous people notorious for their mountaineering prowess, lead nearly 100,000 through the unforgiving ice fields each year.

Making upwards of $7,000 in a single trekking season, 10 times the average Nepalese wage, the Sherpas contribution benefits Nepal’s economy. By filling hotels, airplane seats and sporting goods stores, the sun-aged workers have created their own niche in tourism.

This once lucrative business, however, is taking a turn for the worse following April’s earthquake.

In Chaurikharka, a rural area in Nepal, villagers and Buddhist monks gather in a hut, its walls crumbling and sagging in the dim lamp light. They mourn the loss of Dawa Chiri, a 27-year-old Himalayan Sherpa killed alongside 17 other trekkers and guides during an avalanche caused by the quake.

Dawa’s wife, Phura Yangzi, is now left with an 18-month old child. With the baby strapped to her back, Yangzi explains that she will now turn to street vending, selling soda and mineral water in hopes of supporting the family.

Mountaineering companies, hearing of these tragic and devastating stories, have called off all spring expeditions. From teahouses to airlines, the effects of a poor trekking season will be felt by many – a big blow for Nepal’s economy.

“Foreign clients will be reluctant to climb next year,” David Morton, executive director of the Juniper Fund charity, said. “There are concerns about danger, sure, but also cost, after climbers lost all that money.”

With nearly 40 percent of villages already living below the poverty line, this drastic decline in tourism will leave high-altitude families reeling. Most, now camped in makeshift nylon tents, may never secure the funds to rebuild their homes.

“I have lost everything,” Pasang Lamu, a 55-year-old villager in Khunde said, choking back sobs. “Please help us.”

Foreign aid efforts, though effective for urban centers, prove futile for most Himalayan towns. The only way in or out is by foot making travel for international aid workers, reporters and government officials impossible.

“It has been the main economic driver for many people and now, the industry will take a hit,” nonprofit director Ben Ayers said of the tourism sector. “We are looking at hunger, disease and suffering for a lot of people.”

Yangzi will be one of those people. Her face tired, the 22-year-old widow explains how she wishes her husband’s death was simply a nightmare. She tries to think of it as a dream, but then remembers the last words he spoke a day before the earthquake.

“Tomorrow,” the Sherpa said. “Is my rest day at base camp.”