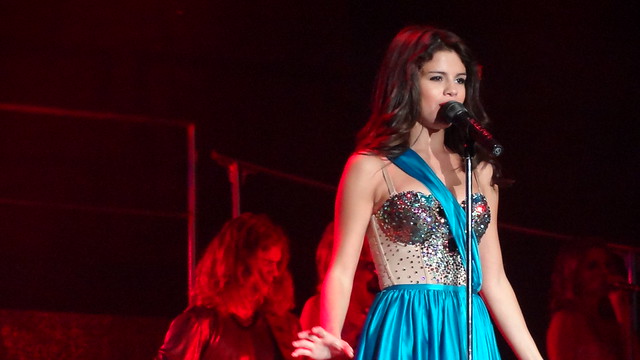 After starting her career at age seven starring in “Barney and Friends,” Selena Gomez rose to fame in her most well-known role as Alex Russo on Disney Channel’s “Wizards of Waverly Place.” Whether she is starring in shows on television or speaking out about the dangers of social media, Gomez often finds herself in front of the camera.  More recently, Selena Gomez and UNICEF have been working together to aid children in need.

In 2009, Gomez added UNICEF ambassador to her already decorated resume. She previously acted as a spokesperson for the organization for a year. At the age of 16, Gomez became the youngest UNICEF brand ambassador at that time. Together, Selena Gomez and UNICEF advocate for the world’s most vulnerable children by participating in campaigns, events and initiatives. “Every day, 25,000 children die from preventable causes. I stand with UNICEF in the belief that we can change that number from 25,000 to zero,” said Gomez.

Gomez in Ghana and Chile

In October 2009, one month after partnering with UNICEF, Gomez took a week-long trip to Ghana on behalf of the organization. This was an opportunity for the new ambassador to get a firsthand look at what the organization is all about. “My trip to Ghana was life-changing. I couldn’t believe the things I saw. They were so loving, compassionate and strong. Watching these kids fight for what they want was so inspirational,” said Gomez.

In 2016, when compared to adults, children were 40 percent more likely to live in poverty in Ghana. This number has increased significantly from the 1990s when it was only 15 percent. Over the past few years, Ghana’s economy has shown steady, positive growth and transformation, but clearly more needs to be addressed in regards to childhood poverty.

In February 2011, Gomez performed at a sold-out concert in the coastal city of Valparaiso in Chile. While there, Gomez met with some of the poorest Chilean women. Eighteen percent of children live in poverty in Chile; therefore, some children must work. Street children pose a large issue, especially indigenous children because they do not retain the same rights as other Chilean children.

In 2010, Gomez became the Trick-or-Treat for UNICEF spokesperson. The Kids Helping Kids Ⓡ event raised nearly $177 million as of 2018. In August 2011, Gomez joined more than 70 musicians for the George Harrison Fund as part of UNICEF’s Month of Giving.

Gomez took to social media to share a personally recorded message with her fans encouraging them to support the effort. In total, the efforts raised $1.2 million for children in the Horn of Africa affected by famine and droughts. Gomez closed out 2011 by participating in 12 Days of UNICEF, an annual tradition in which individuals are able to purchase a life-saving gift in remembrance of a loved one for children in need.

Gomez has performed three charity concerts for UNICEF with all proceeds benefiting the U.S. fund for UNICEF. Her concerts have raised more than $200,000 for UNICEF. She teamed up with Rihanna, Robin Williams, Taylor Swift, Dwight Howard and Adrian Grenier to participate in UNICEF’s Tap Project Celebrity Tap campaign by bottling tap from her home and taking part in PSA’s on behalf of UNICEF’s clean water programs.

Gomez in the Sahel Region and Nepal

In April 2012, Gomez traveled to the Sahel region of West and Central Africa to advocate for the millions of children facing malnutrition. Furthermore, she took to the media and created a public service announcement encouraging donations for the Sahel. She also used her Twitter following to promote #SahelNOW to initiate conversation and prompt awareness. The United Nations recognized a 50 percent increase in hungry children in the Sahel region as more than 1.3 million children faced acute malnutrition in 2018.

While in Nepal in 2014, Gomez visited with children at the Satbariya Rapti Secondary School, female health volunteers in Gangaparaspur Village, female mediators in the Hapur village and watched a skit about sanitation in Gangaparaspur Village. Nearly half of the Nepalese population lives below the poverty line with children fighting for their lives each as their fundamental needs go unfulfilled.

“Nothing is more important than helping children in need around the globe. I’m thankful that I can use my voice to bring awareness and much-needed funds to UNICEF, so they can continue their critical work. Together, with my fans, we can save lives,” said Gomez. Thanks to Selena Gomez’s work, conditions are slowing improving for children around the world.