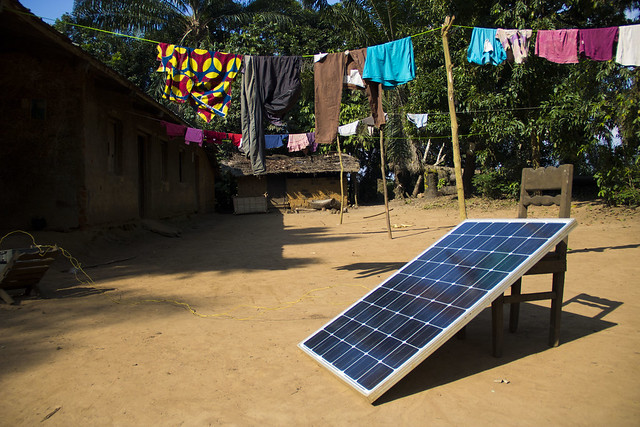 Since sunlight is the most intense closest to the equator, Africa has a great opportunity when it comes to solar energy. The equator runs through the center of the continent, earning Africa the nickname, “The Sunshine Continent.” Companies such as Kenyan-based M-KOPA are tapping into the abundant resource. M-KOPA has, so far, created 2,500 jobs in East Africa. Although the rise of solar power is relatively new, Africa’s access to sunlight could fuel the future.

Other energy sources are often imported and therefore create a reliance on other nations, whereas solar energy is often independently operated. Nations with vast oil reserves are able to consolidate control over the resource, but not all citizens benefit from the nation’s wealth. The average citizen is not able to drill for oil and process it. Although oil and coal provide money for the nation, only a few wealthy people can control the resource. Individuals cannot build dams or nuclear reactors, but they can install their own solar panels and power their homes. M-KOPA helps foster self-reliance by supplying 750,000 homes and businesses with solar panels to produce electricity.

Additionally, 46% of households that are powered by M-KOPA solar panels generate income from their solar panels. They can essentially sell their excess energy back to the grid. Solar power empowers individuals because they have control over their energy. The ability to sell excess energy allows the people of Africa to collect passive income and invest in their future. Most importantly, electricity is a requisite for many activities and is necessary to live a more autonomous life. Access to electricity allows people to be more productive with their time, as they can see and work at night. Unfortunately, only 43% of Africa has access to electricity.

Companies such as SolarNow provide solar power systems for people that live off the grid. Considering 60-80% of people in Uganda and Kenya live off the grid, companies like SolarNow have an enormous market to serve. SolarNow has sold more than 50,000 units in East Africa. The rise of solar power in Africa will continue to grow the economy of African nations and allow people to take control of their lives and energy.

Unlike other resources, solar power is clean and does not pollute the atmosphere. Solar power is renewable, utilizing energy from the sun, which is relatively infinite. Since much of Africa lacks electricity, it is important that the continent develops sustainably. This way, people do not suffer from the harmful effects of pollution. The rise of solar energy in Africa has been successful so far, considering M-KOPA has conserved 1.7 million tonnes of CO2 since 2011. Although solar panels are expensive, they are a cleaner and more sustainable option than the coal that is currently burned to produce electricity.

Despite having room for further improvement, the future is bright for the people of Africa. Investing in solar power is a key component to reducing poverty because it empowers individuals to harvest their own energy and potentially profit from it. Far too many African people lack access to the electrical grid, and solar energy is a viable path to powering the continent. The rise of solar energy in Africa will continue to create jobs and produce clean, renewable energy that can help grow the economies of African nations.