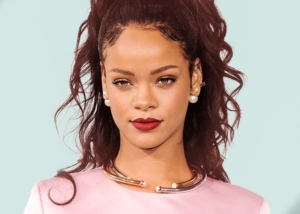 Singer and businesswoman Rihanna has taken on many ventures including a music career, a lingerie brand, a makeup brand and more. However, many Rihanna fans do not know about her work to help people in global poverty. Rihanna founded the Clara Lionel Foundation, which helps people in global poverty recover from natural disasters as well as funding education initiatives.

Rihanna’s Foundation responds to disasters in the Caribbean and Africa both financially and on the ground. The Foundation has nine active projects related to disaster relief and has committed $10 million over the course of its establishment.

The Foundation’s most recent response occurred when Hurricane Dorian struck The Bahamas, which has a poverty rate of 11.1%. The response included donating $1 million in emergency grants to relief partners on the ground, rebuilding healthcare facilities, mobile medical care, the distribution of food in impoverished areas and providing portable satellite communications systems. This type of support in The Bahamas is a characteristic of the work the Clara Lionel Foundation does to alleviate the effects of natural disasters for those living in poverty. The Foundation recognizes that natural disasters affect those living below the poverty line the most, as the populations lose their shelter, food and water sources, jobs and more. This impact is why much of the work focuses on impoverished and hard-to-reach areas.

The Foundation achieves its mission of emergency preparedness by educating people about what the populations need as well as establishing health clinics. The Clara Lionel Foundation partnered with the International Planned Parenthood Federation/Western Hemisphere Region (IPPF/WHR) and Engineers Without Borders USA (EWB-USA). The partnership is working with health clinics to strengthen the clinics structurally and in scope. The partnership is helping add a focus for reproductive health as many women in poverty do not have anywhere to turn to after a disaster. The clinics become hubs for healthcare following a disaster, making communities more prepared.

The Clara Lionel Foundation contributed $5 million to education, helping more than 7,000 children get access to schooling. The program financially supports schools in different countries including Rihanna’s home of Barbados, as well as individuals looking to participate in higher education. After Hurricane Maria in Dominica, the Foundation also helped rebuild schools and built the schools to serve as a shelter for incoming disasters.

The Clara Lionel Foundation contributed over $36 million to COVID-19 relief. It served 30 countries by donating to 45 organizations. Much of this went towards providing relief in the Caribbean and Africa.

Rihanna’s work as a philanthropist helps people in global poverty lift themselves out of natural disasters and prevents the population from falling back into an insecure situation in the chance of another disaster through preparedness and education.