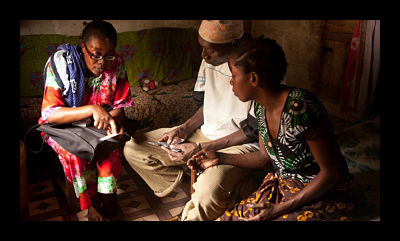 Clarence Gamble was born in 1894 in Cincinnati, Ohio and proceeded to attend a slew of universities including the likes of Princeton and Harvard University, where at the latter he received his M.D. degree. Following, he became heavily involved in birth control organizations and research. He worked alongside Planned Parenthood and initiated projects to study population growth in countries such as India and Japan.

In 1957, Gamble founded the Pathfinder Fund, an organization dedicated to providing a wider audience of people with access to safe, efficient and helpful reproductive health services. The fund is donation-based, which came into play as early as the 1960s. In fact in the 1960s the USAID and Office of Population donated $10 million to the organization, thus proving the government’s support of the discussed issues.

Pathfinder was already operating globally in the 60’s and 70’s opening offices in Latin America, Indonesia, Egypt, Chile, the Philippines and actively participating in population schemes in various African countries. Over the decades, the Pathfinder Fund continued to grow and, by the 90’s, it was the Pathfinder International.

In 1996, Pathfinder won the UN Population Award, an award given to someone who has raised awareness of population issues and solutions. And more recently in the 2000’s Pathfinder began the African Youth Alliance program aimed toward people 10-24 years of age in African countries like Botswana and Ghana. It was formed in order to assist with reproductive health.

For example of their comprehensive care, as part of their abortion focus, Pathfinder not only supports a woman’s right to an abortion, but also advocates for safe abortions and rigorous post-abortion care. The organization accomplishes this in a number of ways one being through legislation, and another by funding an expanded number of professionals who can provide the medical and psychological services needed.

Another focus area, the Contraception and Family Planning focus, is also a worldwide project for Pathfinder. Over the years, Pathfinder has involved itself in over 100 countries attempting to integrate family planning concepts and to provide contraception to those in need of it. Above all people need to be educated, and Pathfinder does their best to also take on that responsibility.

Pathfinder International encourages the public to do its part as well. People can host fundraisers and events of that nature to provide contraceptives to people. One of the easiest ways to support the cause is for people to use their voices. People can become a part of their advocacy network or even start a conversation about reproductive health on a public forum. And lastly, Americans can vote for legislation to continue this type of focus. In an ever-growing population, it is important to be as conscious as possible of the world’s sexual and reproductive health.