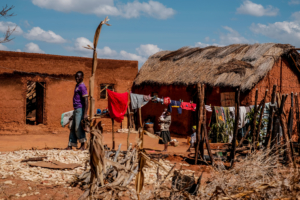 Ngozi Okonjo-Iweala, a director of the World Bank, was Nigeria’s Finance Minister and then briefly Foreign Affairs Minister from 2003 to 2006, the first woman to hold either position. During her tenure as Finance Minister, she worked to combat corruption, make Nigeria’s finances more transparent, and institute reforms to make the nation’s economy more hospitable to foreign investment.

In her TED Talk, she told many stories about changing Africa and how African people say no to corruption and everyone outside Africa should give more credibility and invest more in Africa.She stressed that we should do more business in Africa instead of just aiding Africa. And also, Africa should pay more attention to expand privatization and the government should increase more financial management and democracy.