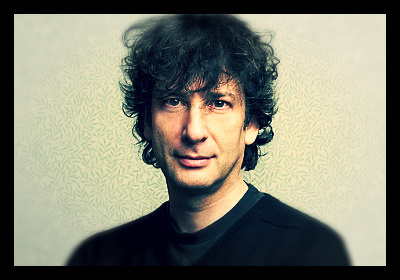 Many describe author and writer Neil Gaiman as a new age rock star of the literary world. Not only is he married to activist and punk princess Amanda Palmer, but Gaiman is responsible for creating one of the most influential comics books series of all-time, Sandman, and is also the author of two best-selling novels, “American Gods” and “Anansi Boys”, which are currently being adapted into television shows.

There is little that Neil Gaiman hasn’t accomplished and recently, Gaiman used his celebrity status to help raise money for Heifer International through Worldbuilders, a collective power of readers, authors, and fellow book lovers who care about making the world a better place.

Joining forces with founder and fellow fantasy author Pat Rothfuss, Neil Gaiman recorded himself reading a live version of Dr. Seuss’ Green Eggs and Ham in playful voices as a reward for those who helped Worldbuilders raise $500,000 through Heifer International.

“Heifer International is my favorite charity. It helps people raise themselves up out of poverty and starvation. Heifer promotes education, sustainable agriculture, and local industry all over the world. They don’t just keep kids from starving, they make it so families can take care of themselves. They give goats, sheep, and chickens to families so their children have milk to drink, warm clothes to wear and eggs to eat,” said Rothfuss.

Fellow fantasy authors contributing in raising awareness and donations for Worldbuilders included Scott Lynch, Elizabeth Bear, and John Scalzi. Other musicians and actors also supported the cause including Buffy the Vampire Slayer’s Amber Benson who will record herself and Rothfuss reading urban fantasy fiction if the charity raises $700,000 by the fundraisers end.

The money received through Worldbuilders will be used to empower families and their communities on a “teach a man how to fish” philosophy which aims at ending poverty through increasing opportunities. Heifer International’s core model, Passing on the Gift, sets out to bring sustainable agriculture and revenue to areas plagued by years of poverty.

By providing animals to communities and teaching their members how to utilize such resources, Heifer International works to help the recipient benefit from the knowledge and products the project and animals produce. After specific techniques are learned, the recipient than becomes the donor and teaches other members of the community the same values they were taught.

After that training is passed on, so is the first female offspring of the original gift, which starts the cycle all over again. Nearly 70 years later, this process is not only a success, but is also creating opportunities for building schools, creating agricultural collaborations, and boosting the local economy.