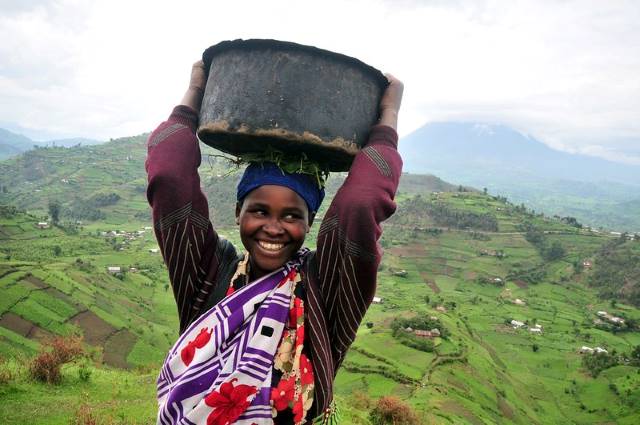 Hunger in Africa is an ever-present concern. The issue was heightened in 2020 when climate change and unusual rainfall patterns caused locust swarms to infest East Africa. The area had not experienced such an extreme locust plague in many years. Kenya’s last major infestation was about 70 years prior. On the other hand, Somalia and Ethiopia last experienced a severe locust plague roughly 25 years ago. In 2018, two major cyclones increased the locust population in Saudi Arabia by 8,000-fold, and subsequently, strong winds moved the swarms into the Horn of Africa. In December 2020, a rare cyclone in Somalia created locust groups of more than 15 million per square mile, devouring the crops of 19 million herders and farmers in Ethiopia, Somalia and Kenya. MapAction is bringing in geospatial technology to help better respond to such crises.

In January 2021, the Famine Early Warning System reported that areas in the Horn of Africa were facing food crises due to the locust swarms. A swarm the size of Manhattan can eat the same quantity of food as the whole population of New York and California in just one day. From March 2021 through May 2021, a lack of rainfall in parts of Ethiopia meant that farmers could not prepare their fields for crops or have adequate grass for pasture. The countries most vulnerable to food insecurity are Ethiopia, Sudan and Yemen. Indeed, the persistent lack of rainfall has brought dry conditions to many parts of East Africa.

The disastrous combination of flooding and drought, along with locust infestation, is harshly impacting communities in the region, even more so due to the effects of the COVID-19 pandemic. With COVID-19 lockdowns, communication between relief organizations is difficult. Since April 2020, an organization called MapAction has been working in the eastern and southern parts of Africa, “applying geospatial expertise to humanitarian situations” to improve results. The organization looks to improve communication between Oxfam and its local partners.

MapAction believes that expert geospatial analysis can help spread resources to populations affected by famine, drought and other emergencies. MapAction works to ensure that emergency aid responders and disaster management agencies have access to crucial data. This data will allow responders to make decisions that will improve food security and relieve hunger in Africa. The team creates map templates and trains locals to update maps. This helps inform Oxfam’s partners about threats to food security, such as when locust swarms move into new areas. MapAction also maps where work has been done to prevent efforts from being wasted through duplication.

Rupert Douglas-Bate originally conceived the idea for MapAction. Bate formulated the concept while “working as an emergency water engineer in Bosnia in 1994.” Bate realized “that there was a gap in mapped analysis to support the effective planning and delivery of humanitarian aid.” MapAction first started off supporting Oxfam and partners in Kenya and Somalia but intends to assist in Zimbabwe and Zambia too. In the near future, MapAction would like to extend its scope to Malawi, Mozambique, Namibia, Angola, South Africa and Botswana.

Since its inception, MapAction has supported thousands of emergency aid groups in more than 60 humanitarian crises around the world. Furthermore, the organization has helped millions of people who were in danger of starving. The organization has won four Stevie International Business Awards for Company of the Year and an Association for Geographic Information Award for Excellence due to its Ebola assistance in West Africa.

MapAction continues to develop new technologies to improve the effectiveness of humanitarian aid. In the process, it is subsequently reducing the threat of widespread hunger in Africa, preventing millions from falling deeper into poverty.