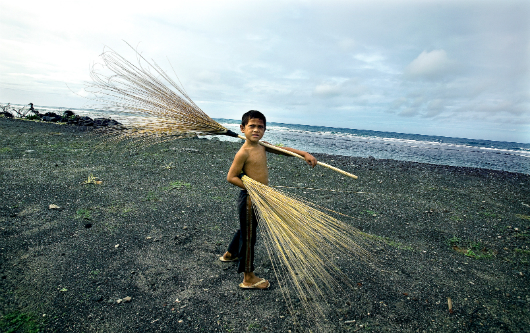 Malnutrition has widespread impacts and widespread consequences. As a worldwide problem, malnutrition impacts one in five children. Within Samoa, the problem is a growing health concern, particularly for children.

Malnutrition in Samoa occurs in a variety of forms. In Samoa, the most common form of malnutrition is Protein-Energy Malnutrition or P.E.M. Because P.E.M. is caused by inadequate protein intake, it has its greatest impact on children, due to the low intake of protein in their diet. In 2013, Samoa also saw 72 hospital admissions for acute, severe malnutrition. Two children died of these cases.

As it does in the rest of the world, malnutrition leads to many health problems in Samoa. In 2014, four children died and 19 were hospitalized as a result of diarrhea outbreaks. A ministry of health report connected poor dietary practices, and the use of Devondale milk as a substitute for both adequate baby formula and poor nutritional practices, to pediatric ward visits during the outbreak.

A lack of proper breastfeeding is a major contributing factor to malnutrition. A study in the city of Apia found that 17 percent of bottle-fed infants were malnourished, compared to only five percent of breastfed infants. Perhaps this is why a ministry of health report, in response to the diarrhea outbreak, listed advocating for proper breastfeeding as a “priority area of concern,” and listed giving pregnant mothers food supplements such as folic acid and iron tablets as an “area for vigilance.”

Diarrhea caused by malnutrition is also difficult for health professionals in that diarrhea leads malnourished patients to become further malnourished.

The impact of malnutrition on Samoa, and particularly on the children of Samoa, is shocking. The reality of facing the situation is challenging, as the issue also connects with dietary changes in the region that have occurred over the past few decades, along with urbanization. That being said, supporting education on these issues for all along with supplemental nutrition problems will be highly important in preparing for the challenges of the present, while building a better future.