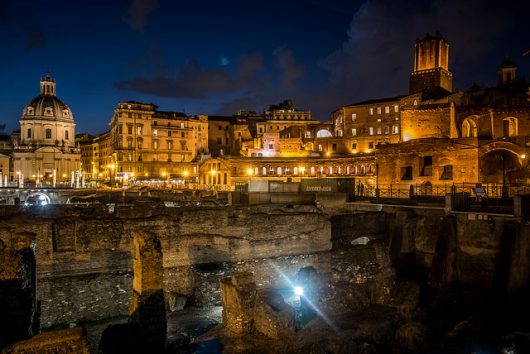 Amidst facing a humanitarian crisis and lack of mine regulations, Ukraine received aid totaling one million euros from Italy through the World Food Programme (WFP) and UNICEF to help those impacted by the actions in Eastern Ukraine in 2017. The donation will help the WFP provide basic necessities and humanitarian assistance Ukrainians need to combat hunger, while also fighting against their own government and people.

Among a population of 45.2 million, more than 4.4 million Ukrainians have been impacted, and more than 3.8 million still need humanitarian assistance.

Who the Donation Will Help Most

“Our contribution to WFP and UNICEF operations will help ease people’s suffering, in particular for the most vulnerable, providing food assistance, increasing knowledge and building safe behaviour practices to deal with the risk of mines,” said Davide La Cecilia, the Italian Ambassador to Ukraine in a press release published by the WFP.

Thanks to Italy’s donation, UNICEF will help protect 500,000 children and their guardians from the dangers in mines by supporting the mine risk education program.

The WFP plans to help those who do not receive assistance from other humanitarian actors and further small-scale recovery activities, such as providing food, to aid local citizens. UNICEF will use the funding to promote children’s education programs and for families living in areas close to the contact line, which divides the government and non-government controlled areas and where the fighting is most intense.

Giancarlo Stopponi, WFP deputy country director in Ukraine, said, “WFP greatly appreciates Italy’s support at a time when communities across Ukraine continue to experience the negative consequences of the conflict.”

The WFP has been aiding those experiencing hunger in Ukraine since 2014 by providing emergency food services to internally displaced citizens in Eastern Ukraine, handing out monthly food packages and food assistance. To this day, about 850,000 of most Eastern Ukraine’s most vulnerable people have received food from WFP, despite attempts to bar humanitarian staff.

The program plans to continue its efforts, aiming to assist 220,000 citizens in Eastern Ukraine. These people both rely on and need WFP’s food assistance, along with their other operations, such as the Logistic Cluster Support to the Humanitarian Response in Ukraine.

In 2017, UNICEF has appealed to the U.S. for $31.3 million to be used towards combatting hunger in Ukraine. The money will be used for health and nutrition needs, education, water, hygiene and sanitation, and protection for those most vulnerable to the conflict, such as children and families.