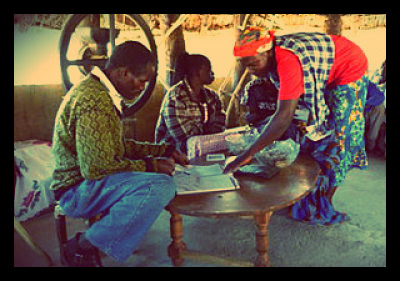 Last Thursday, in a session aptly named “Creating Business at the Base of the Pyramid,” leaders in world of business, academe and activism convened at the Clinton Global Initiative (CGI) to discuss issues faced by those at the base of the  so-called human pyramid. The base consists of over half of the world’s population; those who live on less than five dollars a day.

CGI effectively demonstrated that a business’s profits are not in conflict with investment in the lives of those at the bottom of the pyramid, but rather are in line with them. With companies such as Barclays, the Western Union and the Ooredoo Group (formerly known as Qtel Group) on the frontlines fighting against global poverty, the paradigm has shifted from the base of the pyramid being viewed as an isolated market, to seeing their potential as consumers and active participants in a globalized economy. Though one may be weary of profit-driven corporations exploiting the vulnerable, all three companies exemplified creating shared value with a sustainable and mutually beneficial approach.

For example, Barclays’ partnership program with Plan UK and CARE International called “Banking on Change,” provides rural villages the ability to start businesses and save money through village savings and loans associations or VSLA’s. This “savings-led micro-financing” started in 2009 with a ten million pound grant from Barclays, and has reached 513,000 individuals with 25,000 VSLA’s in eleven different countries. Moreover, recognizing the disproportionate amount of women at the base of the pyramid, out of the 513,000 members which comprise these VLSA’s, eighty percent of them are women who are now economically empowered and financially liberated.

Group Chief Executive of Barclays, Antony Jenkins, recounted the story of a woman in Uganda, who as a member of a VSLA used a loan to buy cows, sell their milk, purchase a small hotel and eventually send her children to college. While 600 VSLA’s have linked back to Barclays with formal bank accounts, the story above along with countless others shows how business can help break the cycle of poverty and create new jobs while maintaining profitability. Both Western Union and the Ooredoo Group represented at the CGI presented similar examples of how their business models could effectively be customized to fit the needs of the base of the pyramid, provide shared benefits to all sides and increase economic activity for the poor.

With a clarity only those with an outside perspective could give, the only two non-business members of the session warned of touting business as a cure-all for poverty. Both Esther Duflou, a Professor of Poverty Alleviation and Development at MIT, and Bunker Roy, the founder and director of a NGO that works to establish sustainable growth and solutions to poverty from within rural communities, called the Barefoot College, emphasized that without the right environment and approach real progress will not be made. Esther advised that the correct policy framework is essential to the alleviation of poverty, while Bunker Roy declared that the only true way to integrate and lift the base of the pyramid out of poverty is to acknowledge, value and utilize the inherent traditional knowledge within each rural community.

While business may provide a way to combat global poverty, it is only one piece of a complex puzzle. By harmonizing public, private and charitable entities with the interests and abilities of the people at the base of the pyramid, the full potential of each individual can be realized in the global economy. The models of success CGI presented will hopefully inspire and convince other key players in the world of business that the potential inherent at the bottom of the economic pyramid is enough to mutually benefit all sides. Regardless of professional affiliation or motivation, the improvement of half of the world’s living conditions is simultaneously an improvement to the global economy as well as an endorsement of the belief that as equal human beings, we all deserve a level of human dignity and economic security.

Is McGill University Doing “Asbestos” it Can? 5 Great Male Writers Recognize the Importance of Giving Back
Scroll to top