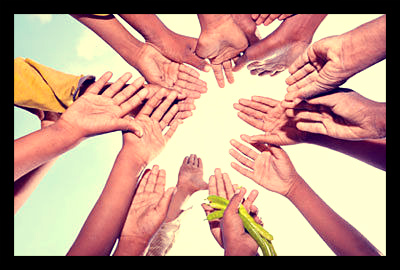 It never occurs to many people who are not involved with non-profits how integral these organizations can be to the overall functioning of the economy.

To many, non-profits are just innocuous little entities existing in their own isolated corner of the economy. They do not hurt the economy, but they certainly do not carry it, either. Non-profits serve one distinct purpose – bettering the world while zeroing out their books.

In reality, non-profits do much more. Discussed below are three ways non-profit organizations enhance and bolster the economy.

1. Non-profit organizations are a steady source of employment. Just because non-profits are not allowed to carry forward does not mean their operation does not require specialized jobs to be filled. In fact, in terms of day-to-day operations, non-profits run very similarly to for-profit corporations. Non-profits, like for-profits, rely on computer programmers, accountants, graphic designers and other specialized workers to ensure smooth operation.

“Non-profits are businesses. They simply receive preferential tax treatment,” Sean Stannard-Stockton said in a piece for The Chronicle of Philanthropy. The piece was a response to a remark by Mexican billionaire Carlos Slim in which Slim expressed distaste for non-profits. “Like all businesses, non-profits employ people. A lot of people.”

A 2012 report prepared by Johns Hopkins University showed that 10.7 million people were employed in the non-profit sector in 2010 – 10.1 percent of total employment in the United States.

2. Non-profit organizations, like any other business, consume third-party goods and services in their day-to-day operations. They require computers, internet and phone services, building materials, and utilities in order to run. This generates revenue for the companies that manufacture and distribute these goods and services, thereby providing added economic stimulation.

3. By providing employees with a source of income, non-profits, just as for-profits, indirectly stimulate endless other facets of the economy. When people have money, they spend it. They pay mortgages, utility companies and car payments. Discretionary income goes to restaurants, theaters and other luxuries and entertainments.

Even the most cursory economic impact study demonstrates the indispensable value of non-profit organizations in any economy. The jobs they provide help sustain the economy in the same way any properly-functioning for-profit organization does. The same Johns Hopkins report mentioned above even seems to indicate that non-profits have a certain resiliency in economic downturns that for-profit organizations do not have. According to the report, employment in the non-profit sector had an average annual growth rate of 2.1 percent from 2000-2010 – a period in which the United States experienced two separate recessions. On the other hand, for-profits saw employment reduced by 0.6 percent annually across those 10 years.

Non-profits’ vast economic contributions are evident in the United States’ GDP. According to The Independent Sector, non-profits account for 5.5% of the GDP – the equivalent of $805 billion.

The impact of non-profit organizations is indisputably far-reaching and vital to the United States’ economic well-being.