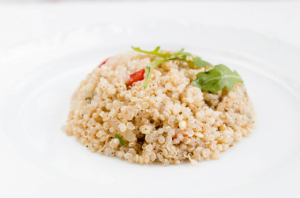 With the ongoing cost of living crisis, the rippling effects of both Brexit and the pandemic, and the war in Ukraine, hunger in England has become a national concern. The cost of living increase has led to steep energy bills, and food prices grew at a rate of 13.1% inflation in August 2022 leading many households and families to make the grueling decision between staying warm or having a meal that day.

About Hunger in England

In May 2022, the National Institute of Economic and Social Research (NIESR) predicted that by 2023, the number of U.K. households facing food and energy bills higher than their disposable income would rise to 1.5 million, with households in London and Scotland bearing the heaviest impact. Later in the year, almost 30% of adults reported struggling to afford balanced meals, an increase from 9% pre-pandemic.

With the costs of living rising, so is the use of food banks, a resource already stretched thin during the pandemic. In August 2022, the Independent Food Aid Network (IFAN) surveyed 550 food banks across the U.K. and found that in the short space of four months, the demand for food banks had increased by 90%, whilst almost three-quarters of food banks reported a drop in the number of donations received. This has led to various food banks having to reduce the size of food packages available per person, with more claiming they may have to resort to doing so in the near future.

Nonetheless, those who suffer the most from food poverty in England and the U.K., are the most vulnerable. Children, ethnic minorities and individuals with disabilities are on the front lines of the crisis.

Loughborough University conducted a study revealing that one in four children live in poverty in the U.K. Meanwhile, at approximately 46%, children from black and minority ethnic groups are the most likely to live in poverty, as opposed to 26% of their peers from white British families.

During the pandemic in England, and after the closure of schools, many children who had previously relied on the free school meals scheme as a means to feed themselves went hungry. This prompted England footballer Marcus Rashford to lead the #EndChildFoodPoverty campaign in October 2020. Rashford’s petition garnered more than 1 million signatures, and the government announced an eventual funding package for families on the free school meals scheme that aimed to alleviate child food poverty throughout the remainder of the pandemic, and during the school holidays.

Nonetheless, since Rashford’s campaign, the number of school children eligible for free school meals has increased from 20.8% of state-funded pupils in January 2021, to 22.5%.

Hunger in England and across the rest of the U.K. is rife, and despite the steps the U.K. government is taking towards reducing food poverty, such as extending free school meals, many may argue these movements are merely ‘tokenistic.’ Tokenistic or not, it is clear more is necessary to help those who cannot afford to eat to live.