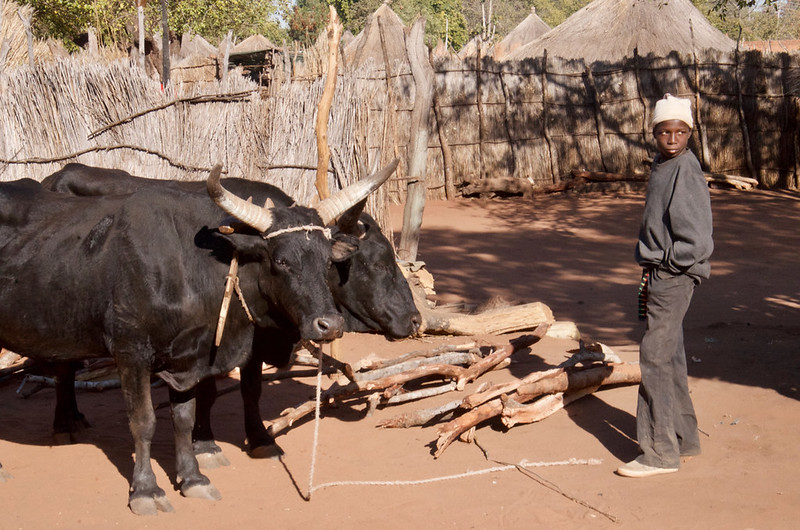 For a wealthier African country, the prominence of hunger in Botswana may be surprising. Botswana is considered a high middle-income country with several strong industries, particularly mining diamonds. The exports of diamond mining produce roughly 70% of the country’s GDP. Despite being wealthy in diamonds, however, the country is poor in food. Compared to such behemoths as the diamond industry, agriculture makes up a minuscule 3% of the economy. From 2016 to 2018, 70% of Botswana’s population faced moderate to severe food insecurity and 26% were malnourished, most of these cases occurring in poor, urban communities. The country has a large wealth gap between its wealthy and poor citizens, and it is the poor that shoulder the burden of food insecurity and malnourishment.

One of the root causes of food insecurity is poor and inconsistent food production. Botswana’s farmers are hampered by a tempestuous climate that threatens frequent droughts. The Kalahari Desert extends into the country and the arid climate causes large temperature fluctuations; this makes growing crops extremely difficult. There are few crops that can grow in even the most favorable conditions in Botswana. The four main crops that can be raised are maize, millet, cowpeas and sorghum. Even though these crops can survive, however, only 0.65% of Botswana’s land is suitable for farming, and on this fraction of farmland, droughts are still frequent. In 2018, drought eliminated 75% of the nation’s crops.

Due to these unfavorable conditions, most agrarian practices revolve around herding cattle. 85% of agricultural output in Botswana comes from animal products. Only recently, because of several droughts shrinking herds, has the number of people living in Botswana surpassed the number of cows, which are essential for many rural Botswanans. Drought can kill most of a herd and destroy a farmer’s livelihood. In a four-year time period from 2011 to 2015, the cattle population of Botswana dropped from 2.5 million to 1.7 million because of severe weather.

A Reliance on Imports

Some Botswanans eat beef from their own cattle, but they still must look elsewhere for the remainder of their diet. Because they cannot produce much on their own, much of Botswana’s food is imported from surrounding countries, mainly South Africa. In 2018, Botswana brought in $380 million USD worth of food from South Africa to feed its people. While it is beneficial that Botswana’s next-door neighbor can supply them with a majority of their food, supply chains are not as reliable as domestic production. This has become evident as the COVID-19 pandemic has burdened South African production and supply chains. Hunger in Botswana is expected to rise over the coming months.

There is a serious lack of consistent food production in Botswana, and it is responsible for the malnutrition and food insecurity that plagues many citizens. Looking to combat this issue, Go Fresh!, an award-winning startup company, has brought grade-one vegetable production to Botswana. Using greenhouses and hydroponics, the company is able to produce quality vegetables throughout the entire year. With this new technology, fresh tomatoes, cucumbers and other large vegetables can be grown locally instead of coarse traditional crops. Hydroponics also reduces the amount of water needed in the arid climate: plants require 2% the water of normal commercial farming. As modern farming technology continues to improve, Botswana will be able to shoulder a greater load of food production, helping to aid the crisis of hunger in Botswana.