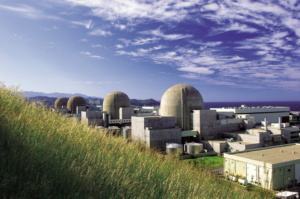 Signed in 1968 and implemented in 1970, the Nuclear Nonproliferation Treaty (NPT) has been a lasting, positive force in regulating nuclear weapons internationally and foregrounding the humanitarian use of nuclear technology. Since its conception, the U.S. has not only been committed to upholding the initial conditions of the treaty but also expanding its efforts through the support of organizations like the International Atomic Energy Agency (IAEA) and the Civilian Research and Development Foundation (CRDF). Further development of nuclear techniques in agriculture, environmental preservation and medicine all contribute to improving living conditions and reducing poverty in less developed countries.

History of US Support

Since the treaty went into effect in 1970, the involved parties met every five years to discuss its renewal until it was extended indefinitely in the 1995 NPT Review and Extension Conference. It has been largely effective, with nuclear weapons stockpile falling by 88% in the U.S. and 80% globally since 1986.

However, it was not until more recently that the members of the NPT began working more vigorously in their efforts to aid in meeting the U.N. Sustainable Development Goals (SDGs). Though humanitarian use of nuclear technology has been central to the NPT since its founding, in 2010 the IAEA introduced the Peaceful Use Initiative (PUI) as a way of generating even more funding in support of these goals. The U.S. is the leading contributor to the PUI, donating $395 million to the initiative since 2015 and pledging another $50 million over five years in November 2020.

Lastly, at the most recent NPT Conference in August 2022, the U.S. and 29 other countries gave $3.9 million to launch the “Sustained Dialogue on Peaceful Uses” and delegated its operations to the CRDF.

Success in Reducing Hunger and Improving Quality of Life

Nuclear technology can benefit humanity in a myriad of ways. Scientists have made great strides in increasing yields in agricultural production. Using various techniques, they have discovered ways of making hardier, more resistant crops, maximizing water use efficiency, reducing populations of invasive insect species that kill crops, cleaning crops through irradiation and diagnosing livestock with dangerous illnesses. It has also been very useful for understanding and protecting the environment and, of course, medicine.

Various governments and organizations across the world have been able to implement technologies like these because of U.S. funding. For example, more than $8.4 million that the U.S. provided to the PUI fund helped Vietnamese authorities combat a swine fever outbreak in their livestock using nuclear technology. Another instance is in 2017 when the IAEA used $6 million of U.S.-backed funds to develop more nutrient-rich crops as a means of reducing malnutrition in Sierra Leone. Additionally, in March 2019 $4.3 million in U.S. support went to the development of isotope hydrology, a cutting technique that “allow(s) national experts to identify and assess the availability of groundwater resources.” These are just a few of the ways that U.S. support has been instrumental in the proliferation of the humanitarian use of nuclear technology.

International cooperation to further develop the peaceful use of nuclear technology is essential in the fight against poverty, and U.S. financial support is instrumental for organizations like the IAEA and CRDF to continue innovating and implementing these solutions.