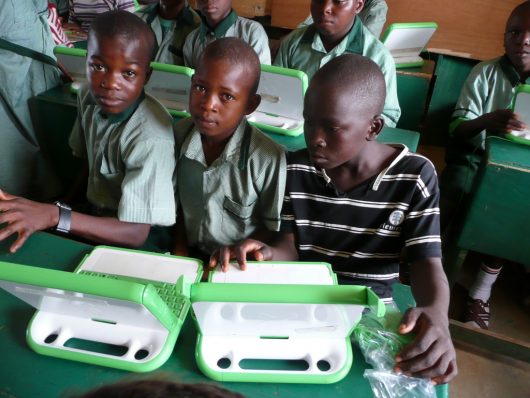 There is new hope in Nigerian education since an Islamic militant group, Boko Haram, ripped through certain parts of the country. Boko Haram, which means western education is forbidden, primarily operates in the northern states of Nigeria. These states include Yobe, Kano, Bauchi, Borno and Kaduna. Boko Haram has a long history of terrorizing prisons, police headquarters and heavily populated civilian locations. Boko Haram’s egregious actions have forced around 2.2 million Nigerians to flee their homes, creating one of the largest concentrations of internally displaced persons in Africa.

Consequently, the terrorism has effected many families and in turn hindered thousands of children from attending school and receiving the educations they desperately need. Due to this growing problem, the USAID and many NGOs have created a program called the Education Crisis Response.

Started in 2014, Education Crisis Response focuses on children ages 6 to 17 and plans to “expand access to quality and protective non-formal education and alternative education opportunities for out-of-school children.” The program provides students with the necessary school supplies, school provided meals and psychological teaching methods. According to Ayo Oladini, the programs director, returning to the classroom is more than therapeutic for the children who have been away for years at a time.

The program helps the students cope with their traumatizing pasts by having the students work as one unit and establish a great rapport with their teachers. The local community places an important role by stressing peace and other beneficial values.

Since the program was launched, 294 non-formal learning centers have been created and adhere to a curriculum that includes literacy, numeracy and life skills. The communities in Nigeria open up their schools and other various buildings to be used for these learning sessions. Oladini and the other trained facilitators are using hope in Nigerian education to instill positive values in the many children they teach. They want them to strive for better futures no matter what happened in the past, and education is the key to unlock it.

Documented evaluations conducted by state officials have proven that Education Crisis Response works and the Nigerian Government has continued to fund the program. Even though the program will begin to phase out in 2017, the government will sustain the program for the long haul. The combined efforts of the local government and communities has given these many children hope in Nigerian education, and a reason to care about the lives they will lead in the future.

It has returned ambitious attitudes to children who at one time believed all hope was lost. They are being taught “to move forward and persevere in a state of difficulty.” They have to fight for a brighter future and finding hope in education has given them that chance.