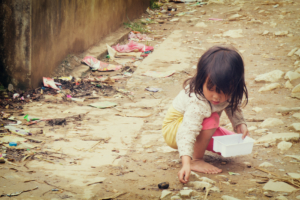 While the nation of Vietnam has long struggled with poverty, homelessness in Vietnam has been successfully reduced by the government during a period of five years ranging from 2003 to 2008. These efforts have reduced the number of street children by 62%. This accomplishment is partly due to the fact that Vietnam has been aggressively fighting poverty for years. Every year since 2012, the percentage of people who live in poverty has lowered by a range of 4.6% to 6.9%. This effectively cut the percentage of people living in extreme poverty since 2012 in half. This is due largely to the fact that Vietnam has been experiencing massive economic growth in the last decade. In addition, it has been shifting to a market-based economy with a socialistic orientation.

Millions Have Been Lifted Out of Poverty

The country has experienced significant improvement with regards to government openness and transparency, as well as education and human development. Inward investments and focusing on increasing exports have been one of the drivers of this prosperity as well as a focus on reducing poverty in the country. Overall, 30 million people have been lifted out of poverty since 1992. According to a report by the IMF, the government has been investing in housing, education and infrastructure for its vulnerable population, especially ethnic minorities and those who live in remote areas. All of this has contributed to the small percentages of homelessness in Vietnam.

There Are Still Some Challenges

While the numbers are improving for Vietnamese-born homeless children, the population of migrant children is on the rise. It is estimated, in 2006, that the number of these children was around 23,000. Migrant children, according to some reports, are coming from rural areas in Vietnam. They represent a new social phenomenon in Vietnamese society. Many of these children are homeless and their parents use them to generate income. Many of them don’t have identification or any personal papers and are very vulnerable to labor exploitation by those who employ them. Those children cannot attend university or go to the hospital. Sadly, homelessness in Vietnam often exposes them to other risks such as sexual abuse and even certain diseases.

Thankfully, there are those who are working on solutions to tackle homelessness in Vietnam. They are specifically tackling the problem of street children. Do Duy Vi, the Chief Outreach Officer of Blue Dragon Children Foundation, himself used to be a child of the streets. Today he works as a social worker trying to get children off the streets by guiding them to walk the same path he did. He offers them a similar opportunity that he was offered. He helps street children become outreach workers for the Australian funded foundation. During the period of July 1, 2017 to June 30, 2018, the foundation rescued 116 children off the streets and connected 62 of them with their families. It also represented 52 children in child protection cases and provided 107 human trafficking survivors with emergency accommodations. Part of the organization’s job also includes working with government authorities. As such, they helped the 694 government officials become more skilled in countering violations of child rights and trafficking. These are just some of the signs of hope for the destitute in this country.

More Needs To Be Done

It has been reported that 400 organizations and NGOs are helping 15,000 children living in extremely difficult situations. More needs to be done in terms of spreading awareness about the problem and explaining child protection laws that protect youngsters in Vietnam from being exploited for profit.