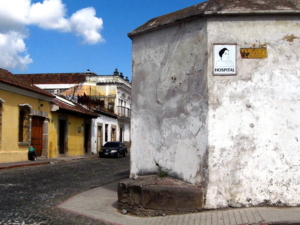 When people think of Antigua and Barbuda, they imagine the white sand beaches, high-end hotels and crystal clear water. What most people don’t think of is their healthcare system, and that’s reasonable. However, Antigua has done a fine job using its tourism-driven economy to provide for its citizens, unlike many other tourist islands. As a result, this small collection of islands in the West Indies is a special one.

Health for the Citizens

Most health care in Antigua is free through the Medical Benefits Scheme, which is paid for by a payroll tax that sets aside revenue for the health system. In 2014, the health sector received 2.77% of the country’s GDP. Considering that they are a collection of small islands, that percentage goes a long way. Antigua has 25 public health clinics with services ranging from dentistry to testing for NCDs (non-communicable diseases). The major hospital on the island is St. John’s Medical Centre in St. John, Antigua. They also have a much smaller extension of the hospital in Barbuda that holds eight beds. However, the number of health centers is growing with the improvement of infrastructure.

Antigua and Barbuda has had a history of natural disasters plaguing their island from Hurricane Hugo in 1989 to Hurricane Irma in 2017. Irma left Barbuda uninhabited for the first time in modern history, and the population of Barbuda evacuated to Antigua. The effects of these hurricanes go past evacuating the island. They threaten the island’s food security, quality of water, tourism and even health of citizens. Though they’ve had many challenges, diseases are not very prevalent on the islands. Tuberculosis and HIV/AIDS affect less than 1% of the population.

Additionally, at St. John’s Medical Centre, maternal health is a serious issue. Trained personnel deliver the babies, and all expenses are covered for the mother. The hospital got even better after three maternal deaths between 2010 and 2015 by providing more services and increasing patient education. Sadly, the Antigua and Barbuda did not reach the target of the Millennium Development Goal (MDG) in 2014. While the target is 8 deaths per 1,000 live births, the country’s data was 17.2 deaths per 1,000 births. Most of these deaths occur in the neonatal period and are caused by common things like injuries and prematurity.

Many agencies have provided cooperation in health on the islands throughout the years. The WHO/PAHO has continued to help through funded projects and other initiatives. The WHO currently has the Country Cooperation Strategy in place, which will be in effect until 2024. The five priorities of WHO reveal its main areas of focus. Their first priority is to establish a more universal healthcare system, getting coverage for more citizens. The main way the WHO will achieve this goal is by strengthening the Primary Health Care (PHC) to better align with the citizens’ needs. Priority two deals with the elimination of diseases and NCDs. Priority three focuses on reducing risk. By integrating mental health and substance abuse in the PHC, implementing measures for reducing NCD cases is all part of their plan.

Overall, Antigua is not just special because of its world-famous beaches. These collections of islands care more about the healthcare and well being of their citizens than most countries combined. Thinking about healthcare in Antigua and Barbuda may not be the most interesting thing. However, it gives insight into a country not normally talked about. Although it is plagued by hurricanes every few years, it still manages to take care of its citizens in the best way it can.

Hunger in Comoros: A Brief IntroductionContributions to Aid for COVID-19 in Brazil
Scroll to top