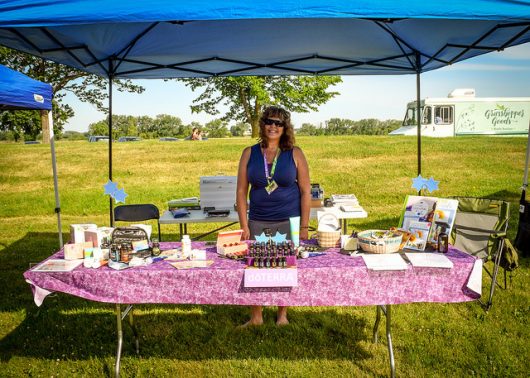 Oxfam estimates that it would take $60 billion annually to end extreme global poverty, less than one-fourth of the income of the top 100 richest people in the world. Although there are billionaires that donate to certain organizations, some of the most powerful efforts come from companies, like doTERRA’s Healing Hands Foundation, which works diligently with the actual individuals suffering from extreme poverty.

doTERRA, an essential oils company with $1.2 billion in annual revenue in 2016, was founded in 2008 with the vision of producing a new standard of therapeutic-grade essential oils that would positively influence individuals and communities around the world. In addition to making products such as lotions and supplements, as well as the pure essential oils themselves, the company truly desired to serve people and communities with the resources they had. In June 2012, doTERRA created the Healing Hands Foundation, a nonprofit organization that serves communities in need.

The organization partners with other groups and doTERRA Wellness Advocates to offer hope to millions around the world. One of the corporate partners, Operation Underground Railroad, works with the doTERRA Healing Hands Foundation to bring healing and hope to the world by rescuing children from sex trafficking by using some of the world’s experts in extraction operations and anti-child trafficking efforts. Through the foundation’s efforts, not only are the lives of many freed from disease and poverty, communities are empowered with the tools they need to become self-reliant.

A major part of the Healing Hands Foundation’s efforts are based around its concept of co-impact sourcing, a model in which farmers are paid a fair wage for their work and in turn, the company receives a higher quality product, creating a strategy of economically sustainable development. The Healing Hands Foundation has co-impact sourcing initiatives in 10 different countries: Guatemala, Nepal, Somalia, Kenya, Madagascar, Haiti, India, New Zealand, Jamaica and Bulgaria; this list is predicted to grow further. The initiatives have sustained social impact and benefit farmers, harvesters, and distillers, their families and communities.

Because of doTERRA’s co-impact sourcing, all harvesters receive fair wages and on-time payments by bypassing the middlemen and instead working directly with the harvesters themselves. Because it is often the responsibility of women to clean and sort the frankincense resins, the foundation makes it a top priority to ensure that the women are able to do their work as close to the harvesters as possible. The foundation has made an impact on Somalia as a whole, due to the construction of two new schools for hundreds of students from harvester clans.

The doTERRA Healing Hands Foundation is actively eliminating global poverty by not only collaborating with other organizations, but by providing thousands of poverty-stricken individuals and communities worldwide with well-paying jobs. The foundation works to promote healing, hope, community and self-reliance in many developing countries.