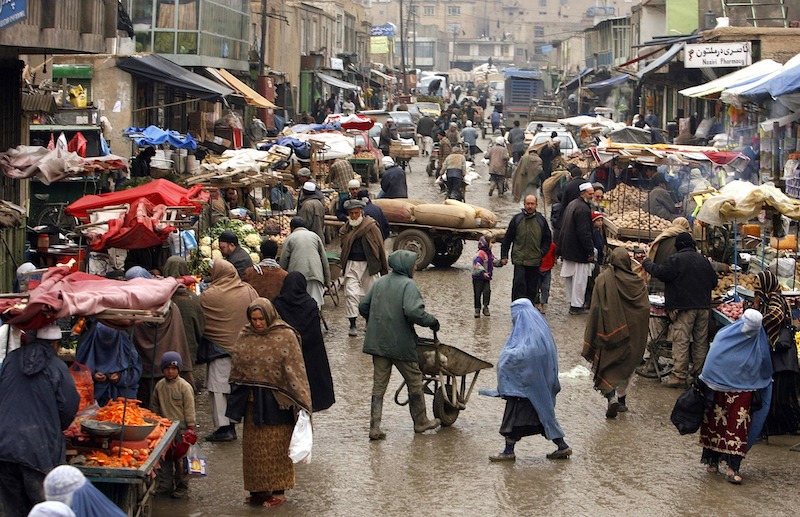 Afghanistan has experienced many crises in recent decades, with several domestic and international conflicts transpiring within the nation’s borders. Afghanistan’s economic crisis as well as conflicts and droughts aggravate rates of food insecurity in Afghanistan. With the recent Taliban takeover in August 2021, the country is seeing a collapse in food security. On October 25, 2021, the World Food Programme (WFP) issued a warning that millions of Afghans may face starvation during Afghanistan’s winter unless the world responds with urgent intervention. Understanding the challenges that Afghanistan and its people face, many international organizations are providing both donations and aid to alleviate food insecurity in the nation.

The Food Insecurity Situation in Afghanistan

According to the WFP in October 2021, more than 50% of Afghans, approximately 22.8 million citizens, are enduring severe food insecurity. Furthermore,  about 3.2 million Afghan children younger than 5 years old are at risk of acute malnutrition. In a WFP news release, the executive director of the WFP, David Beasley, says, “Afghanistan is now among the world’s worst humanitarian crises, if not the worst.”

The full Taliban takeover that came to fruition in August 2021 debilitated an “already fragile economy heavily dependant on foreign aid.” In an effort to cut off support to the Taliban, many nations chose to suspend aid to Afghanistan and the World Bank and International Monetary Fund (IMF) chose to halt payments to Afghanistan. For a country with about 40% of its GDP stemming from international support, vulnerable Afghans are hit heavily with the impacts of aid suspensions as food insecurity rates in Afghanistan continue to rise.

In September 2021, the U.N. warned that just 5% of Afghan families have sufficient daily food supplies, with essential ingredients like cooking oil and wheat drastically rising in prices. In October 2021, the WFP warned that “one million children were at risk of dying from severe acute malnutrition without immediate life-saving treatment.” WFP also predicted that the looming winter would further isolate Afghans depending on humanitarian assistance to survive. With overall food insecurity rates skyrocketing, urban residents are suffering from food insecurity at similar rates to rural communities. The WFP stresses the importance of continuing international aid to Afghanistan so that citizens can survive the coming months.

“If we do nothing, Afghanistan drifts into state collapse. The economic chokehold is squeezing the air out of the economy,” said Graeme Smith, a consultant for the International Crisis Group (ICG), in an interview with the Christian Science Monitor on November 4, 2021.

The danger of a total state collapse is so concerning that European donors “are trying to expand stopgap emergency measures to find creative ways to alleviate the financial challenge faced by the central Taliban government in Kabul.”

The challenges of providing support remain. The U.N. estimates that as much as 97% of the country’s population could live in poverty by 2022 “in a worst-case scenario.” However, recognizing the severe consequences of aid suspensions, in October 2021, “The Group of 20 major economies” pledged to provide humanitarian aid to Afghanistan. As a global powerhouse, the United States also announced its intention of providing aid to Afghan citizens as the harsh winter season starts. However, these countries are skeptical about providing aid directly to the Taliban government, therefore, aid will likely come through international agencies.

Recognizing the need for aid, international organizations worked tirelessly to deliver food, blankets and monetary assistance “to hundreds of displaced families in Kabul” in October 2021. Humanitarian assistance from different global agencies found a way into Afghanistan. Even though the distribution of aid only reached 324 families, a very small percentage of the total needs of the nation, this aid gives hope to many Afghans who are experiencing severe food shortages.

Rising food insecurity rates in Afghanistan highlight the desperate need for aid. With many donors creatively developing ways to help the Afghan people, during a time of crisis, the country is hopeful for a brighter future.