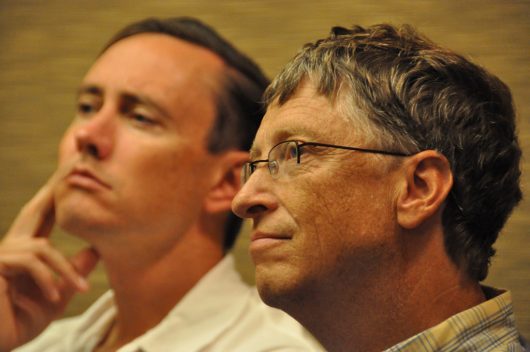 The importance of financial inclusion for developing countries has become much more evident in recent years. Financial inclusion, the process of making financial services accessible and affordable, connects people to a formal financial system. This allows them to make better investment decisions, build assets and savings and make general daily living easier.

Often times, poor people around the world rely on cash to facilitate transactions, which can be unsafe and difficult to manage. Financial services, such as bank accounts and digital payments, can help people escape poverty by helping them to make investments in education, business and healthcare.

In fact, financial inclusion for developing countries is part of seven of the seventeen U.N. Sustainable Development Goals, including zero poverty, reduced inequality, and decent work and economic growth. Studies by the World Bank show that mobile money services that allow users to store and transfer funds on their phones lead to higher income earning potential, thereby reducing poverty.

The World Bank recently published a report called The Global Findex Database 2017: Measuring Financial Inclusion and the Fintech Revolution. The report demonstrated that the 69 percent of adults owned a bank account in 2017, which is an 18 percent increase from the 2011 report. This translates to over 1.2 billion adults receiving access to financial tools.

Overall, the rise of financial technology (fintech for short) alongside the greater use of mobile phones and the internet have bolstered financial inclusion efforts over the past decade. Additionally, the data underscores the idea that not only are financial services expanding to more adults across the world but also the increase in financial technology is promoting greater services for those who already have bank accounts.

Financial Inclusion at Work Around the World

A recent study in Kenya found that access to mobile money reduced extreme poverty by 22 percent in households headed by women. Because mobile money allowed users to increase their savings by over 20 percent, 185,000 women in Kenya were able to leave the farming industry and move on to business development and retail, increasing their incomes and overall development.

These women were able to save at higher rates and, therefore, invested an average of 60 percent more in their businesses. Similarly, in Nepal, women who received free savings accounts spent 15 percent more on nutritious food and 20 percent more on education.

The intersection of information and technology is changing how we perceive poverty and financial access around the world. The Global Findex increases financial inclusion by allowing researchers, scholars, technology founders, development practitioners and banks across the globe to have access to data that can help navigate where financial inclusion needs to be more accessible.

The Global Findex increases financial inclusion for developing countries by creating accountability. With The Global Findex, The World Bank will be much closer to its goal of achieving Universal Financial Access by 2020. Furthermore, more people living in poverty will have the means to better allocate, save and eventually invest money in their futures.