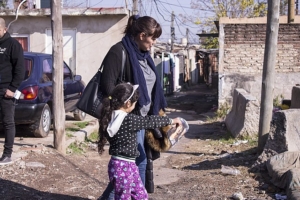 Currently, 37% of people live below the poverty line in Argentina and are struggling due to the inconsistency of prices and jobs from inflation and changes in unemployment. Poverty in Argentina affects over 17 million people in the country, learn more about the unique struggles in Argentina.

Argentina has felt the effects of intense inflation since the 1980s, but in recent months has seen record increases in these rates. The year-on-year inflation rate is the highest it has been in the past 30 years, exceeding 60 points, according to Peoples Dispatch. This increase has hurt those in the lowest income bracket the most, but the poverty rate is on the rise. It is estimated that 2,800 people are forced into poverty every day.

Despite that alarming amount, economists predict more could be hurt as the inflation rate could reach 90% by the end of 2022. The instability of inflation has made prices different on a variety of items that change weekly. This hurts those struggling to afford groceries and other necessities. The recent economic instability is a huge threat to those living in Argentina.

Unemployment, the Working Poor and the COVID-19 Pandemic

World events, such as the COVID-19 pandemic further impacted poverty in Argentina. The poverty rate hit between 46% and 47% towards the end of June 2020, at the height of the COVID-19-induced shutdown. The high poverty rate was due in part to the 3.5 million jobs lost during the pandemic. In 2020, the poverty rate related to an income of 14,718 pesos, or $193, per month.

The effects of outside events, like war or pandemics are global, but Argentina’s sensitive economy sees drastic changes easily. Changes in habitable actions and consumption also show the increase in poverty. For example, in 2021, Argentinians consumed the lowest amount of beef per capita (47.8 kilos) since the 1920s, Peoples Dispatch reported. The changes in unemployment and the increase in the working poor are changing poverty in Argentina.

The Future of Poverty in Argentina

The IMF began working with the Argentinian government in May 2018 and has a plan to help those most at risk. This calls for actions like the central banks to be independent and protect social spending. Those in poverty in Argentina need help since they are sinking even deeper into poverty.

Additionally, in May 2022, the Total Basic Food Basket increased by 4.6%. This means that a family of two adults and two children in Greater Buenos Aires must require an income of 99,677 pesos (or $796) per month to stay above the poverty line, according to Peoples Dispatch. This increase shows how difficult it is to survive in Argentina due to the fickle movements of the economy.

Changing economy and the socioeconomic inequalities that often affect employment rates further complicate poverty in Argentina. The recent increase in inflation implies there is a strong need for stability to save those falling below the poverty line every day.