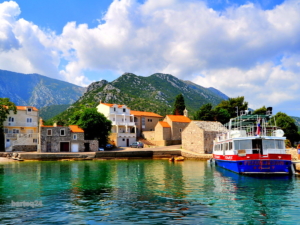 Since July 2022, Europe has been going through severe heat waves. In the United Kingdom, temperatures hit over 40 degrees Celsius, leading to at least 1,500 heat-related deaths and becoming the highest recorded in the country’s history. Europe’s efforts in the heat wave crisis are tackling devastating fires and negative impacts on the health, energy and economy sectors. In addition to the war in Ukraine and subsequent global economic crisis, heat waves most affect low-income populations.

Europe’s heat waves are occurring in a tense time: The world is still experiencing the coronavirus’ hit to the economy and the ongoing Russia-Ukraine conflict. Europe saw a devaluation in the euro for the first time in 20 years along with skyrocketing inflation.

In Italy, farmers state that they are seeing the worst drought in 70 years. In Germany, a major transportation river’s water level has dropped so low that slow shipping is stalling the supply chain. In France, a major utility company stated that three power reactors could not run at total capacity due to the high water temperatures of surrounding rivers.

Extreme temperatures are leading to wildfires all over the continent and are becoming expensive. In 2019, the World Wildlife Fund reported that Mediterranean countries spend more than $2 million yearly on fire management, about 80% on suppression and only 20% on prevention. The report also notes that growing wildfires negatively impact workers in forestry and land cultivation, and tourism.

Poverty and Heat Waves in Europe

The heat wave, drought and wildfires in Europe have also severely impacted the economy for daily living. Prices soared for basic commodities like wheat, rice, maize, potatoes and beets, which need much water for production. Allianz, a financial services company, reports that food and drink prices have risen by about 14% in European countries since 2021. Calling it “heatflation,” Allianz estimates Europeans will soon pay about $243 more per grocery trip.

Portugal asked for European Union assistance, calling on the EU Civil Protection Mechanism, which delivered emergency help for its wildfires. Other nations are working on financial relief plans to help people with rising inflation. In France, the parliament approved a $20 billion relief package, and nongovernment organizations are aiding vulnerable people who lack access to heat-relief facilities.

Despite the scorching temperatures and related deaths, Europe continues these efforts on the heat wave crisis at local and international levels.

The State of Poverty in JamaicaIndigenous People in the U.S.
Scroll to top