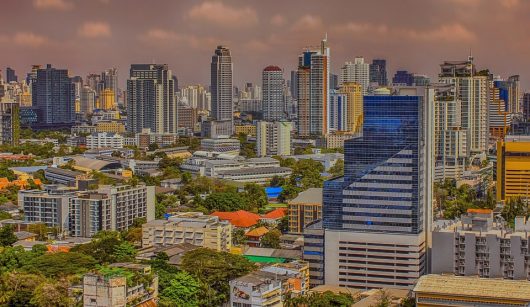 Thailand, a country in Southeast Asia which borders the Andaman Sea and the Gulf of Thailand, is interestingly the only country in the region to not have been colonized by a European power. Generally speaking, during the last few decades, Thailand has been able to reduce poverty and bolster economic growth with low levels of unemployment and inflation and increased government spending. Credit access in Thailand has become relatively widespread.

A 2013 study conducted by FinScope revealed that 74 percent of the adult population had access to a bank account, with 23 percent using other formal financial services and only 1 percent using informal services. Thus, credit access in Thailand is considered to be quite inclusive and available. However, there are still improvements that can be made in regard to broadening financial access for the remaining 1 percent. Thus, financial inclusion and widespread accessibility do not necessarily account for the whole adult population spanning across all levels of incomes.

Thailand was highly affected by the Asian financial crisis in 1997 and this caused the Bank of Thailand and the Ministry of Finance to largely invest in stable, low-risk bank operations while tightening lending regulations, which evidently excluded the low-income populations working in the informal sector who were considered to be high-risk. Thus, the United Nations Capital Development Fund argues that the main area for improvement could be through widening access for insurance and credit products for various groups of individuals working within this informal sector.

There are several challenges to widening financial inclusion and credit access in Thailand, which include:

This has resulted in individuals and small businesses in Thailand having to resort to less credible and desirable forms of money lenders. Another major barrier seems to stem from the laws that surround commercial banks acquiring credit information. Currently, the law prohibits banks to inquire about a guarantor from the National Credit Bureau (NCB) even with consent, but instead, the guarantor must go to the NCB and then submit their credit information to the bank, which is inefficient and time-consuming for both parties.

The Asia-Pacific Financial Inclusion Summit held in October of 2015 outlined some policy recommendations to improve credit access in Thailand, which include:

Although credit access in Thailand has been steadily broadening, there is a portion of the population, albeit small, that is falling outside of this growing financial inclusive sphere. But with ongoing research by various institutions and an increasing awareness of this issue throughout the country, credit access will hopefully become available for everyone in Thailand.