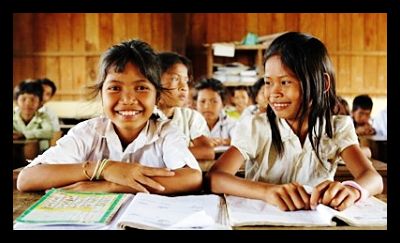 Business Process Outsourcing (BPO) has long been regarded by Americans solely as a process that takes away internal jobs and substitutes them for jobs overseas. However, the process could be doing a lot more to combat global poverty as well as boost the US economy than can be seen on the surface.

While working for Global Catalyst Partners, a man named Michael Chertok was able to see the results of BPO firsthand. He was given the task of creating jobs for the poor in Phnom Penh, Cambodia, and throughout the years, has given the opportunity of experience and greater education to more than 500 youth from the area. Many have been able to obtain university degrees and go on to professional jobs, earning “over five times more than the average high school graduate in Cambodia”.

BPO has also had an effect in other places, like the Philippines, which posted a 6.6% GDP growth in 2012. The Philippines look to remain one of the fastest-growing countries, facilitated in the most part by investments and economic aid from other countries. This economic development not only benefits the countries themselves but also those that invested in them.

Providing aid in order to lift regions out of poverty feeds back into the cycle by providing new consumer markets for investors to take advantage of. So, the more aid invested in other developing countries and impoverished areas, the greater the return in terms of new markets and a dramatic decrease in global poverty.