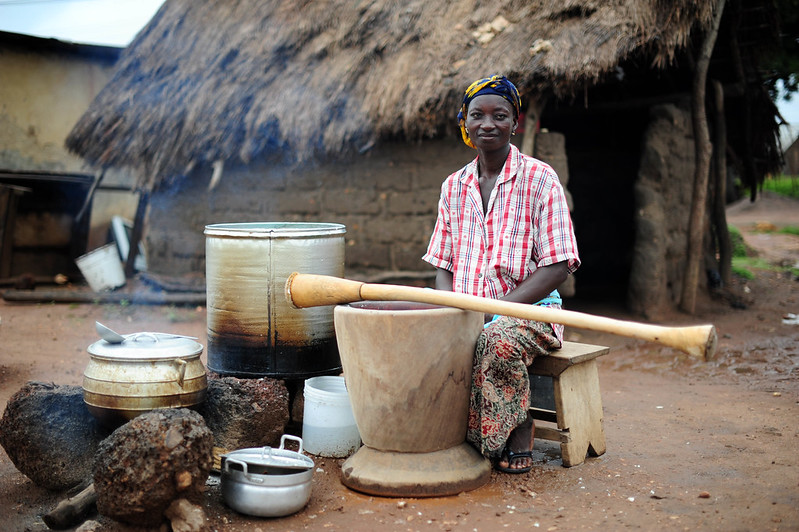 People in Ghana eat more bushmeat than anywhere else in the world. This is especially true in rural areas. Organizations worldwide are trying to stop Ghanaians from eating so much bushmeat because it spreads disease among humans and endangers several animal species. Ghanian bushmeat includes baboon, aardvark, warthog and rats. However, bushmeat represents the freshest and most affordable meat available for Ghana’s rural citizens. The African Conservation Foundation may be a key part of stopping bushmeat hunting and bushmeat consumption in Ghana in the years ahead.

The Dangers of Bushmeat

Bushmeat is a term referring to the meat of wild animals, most typically applied to those that are hunted in Africa. The most common types of bushmeat are rat, antelope, warthog, bat and monkey, all of which carry diseases. Despite Ghana outlawing bushmeat, black markets still sell it because much of the population relies on bushmeat for protein.

Bushmeat can transmit diseases such as Ebola, Monkeypox, HIV and SARS, even holding the potential to cause outbreaks of diseases yet unknown to man. Diseases can transmit whenever a hunter comes into close contact with the live animal, cleans the animal or when people consume the animal. Additionally, live animals can be very dangerous to hunt. They can be large and hostile, like the warthogs, and overpower a hunter. Also, many conservation groups worry about the animal extinction that bushmeat hunting causes. According to a report the Royal Society published, overhunting is currently threatening 301 land mammals. Because bushmeat hunting occurs yearly, and excessively, more species become extinct each year.

In 2021, over 3.57 million Ghanaians live below the poverty line, subsisting on less than $1.90 a day. Because bushmeat is much cheaper than chicken or beef, it is the only protein option for many. Bushmeat is also often the freshest meat in the country, leading people to believe that bushmeat is the best option available. During the “dry” seasons, farmers are unable to provide enough protein to their citizens. Rural citizens see bushmeat as an affordable option as opposed to the safer but more expensive farmed protein. The business is so lucrative that Ghanaian hunters earn up to 3.5 times the government minimum wage.

Bushmeat is most common in rural communities rather than urban. This is because bushmeat is much cheaper than safer meats in rural communities. According to an NCBI report, bushmeat consumption worldwide occurs most frequently in villages with poor transportation links and few alternative protein options. Because the illegality of bushmeat limits its hunting to rural areas, the markets for bushmeat in suburban areas are more expensive. There must be money to pay the middle-man to transport the meat, causing the suburban prices to be more expensive than the rural areas. Still, urban markets find buyers in wholesalers, market traders, restaurants and individual consumers.

The African Conservation Foundation (AWF) is an international, non-governmental organization that prioritizes wildlife and their habitats in Africa. Its Director of Global Leadership, Edwin Tambara, recently stated that “AWF is working to engage elected officials in Washington, D.C., and in countries around the world to inform policies ensuring that wildlife conservation and stopping the illegal wildlife trade is prioritized in the wake COVID-19.”

There are a number of ways AWF seeks to accomplish this. Firstly, the organization influenced the Ghanaian government’s decision to make the bushmeat market illegal. Now, AWF is attempting to use education to stop the markets. Most importantly, AWF provides funding as an incentive to stop wildlife hunting and counteract the majority of Ghanaians who consume bushmeat because of its affordability.

Ghana leads the world in bushmeat consumption, but looks now to other alternatives because of its uncleanliness and endangering of species. The African Conservation Foundation is one organization contributing to ending bushmeat consumption in Ghana. Thanks to its incentives, policies and education, the way forward looks hopeful.