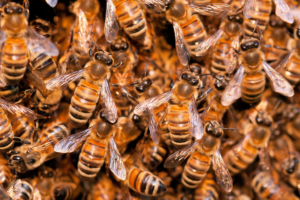 Human-wildlife conflict can be devastating to individuals and communities living in rural areas. Elephant encroachment has destroyed the livelihoods of many rural farmers in East Africa, forcing them further into poverty and often creating tension with governments and conservation groups. One man living next to the Tsavo West National Park in Eastern Kenya, a popular tourist destination, had his goats snatched by lions and his farm pillaged by elephants, eliminating his ability to earn an income. As he was already impoverished, he could not afford protection other than what proved to be an effective row of thorny acacia trees to deter wildlife. As animals continue to encroach upon people’s land around Tsavo, many feel forced to resort to crime and poaching to earn a living.

That said, more individuals and organizations have become more committed to halting human-wildlife conflict and poaching. Governments wanting to maintain the wildlife tourism industry, conservation groups aiming to protect animals from extinction and poor farmers seeking a reliable and legal wage all share a common goal of eliminating the prevalence of poaching in Africa. In recent years, a potential solution has emerged for rural farmers in East Africa: beehive fences.

After consulting with farmers in Kenya who noticed elephants tended to avoid trees that contained beehives, Dr. Lucy King of Save the Elephants conducted a study to determine whether fences lined with beehives could effectively deter elephants. These fences consist of wooden posts equipped with a beehive, as well as a thatched roof to protect the hive from the elements and metal wires running between each post. Dr. King used Langstroth beehives which, though not the most modern beehives, are easy to construct and operate.

The general process by which the fences function is that an elephant will attempt to walk between the two posts, causing it to hit the wires. The subsequent movement of the posts and hives upsets the bees, who will in turn bother the elephant and force it to turn around.

Dr. King found that 80% percent of elephants in her study were deterred from entering farms equipped with beehive fences, representing a clear validation of her theory. However, it should be noted that the fences do not work equally worldwide: the fences appear to work better in East Africa than in Asian countries where the fences were also tested. This discrepancy is likely due to regional variations in elephant and bee species. Studies indicate that African bees are more aggressive than their Asian counterparts, resulting in differing reactions from elephants. Even if the effectiveness of beehive fences is localized, this solution maintains the potential to transform living standards for rural farmers in East Africa.

One organization helping to build beehive fences is the Sheldrick Wildlife Trust. This nonprofit organization aspires “to protect Africa’s wildlife and to preserve habitats for the future of all wild species,” and has a vested interest in improving the lives of rural Kenyans. To date, the Trust has built more than two kilometers of fence line including 131 beehives bordering the Tsavo Conservation Area. Farmers receive lessons from a professional beekeeper on how to properly maintain and harvest their hives, enabling them to profit from honey sales. Clearly, in addition to increasing outputs by reducing damages from elephants, the beehive fences themselves provide an income boost because the bees pollinate farmers’ crops.

The Future of Farmer Protection

Beehive fences are not a perfect solution to human-elephant conflict: they require training to maintain, can be evaded by some elephants and are less effective depending on the geographic area. Many believe electric fences would surely be a better elephant deterrent; however, these systems are too expensive and difficult to maintain, especially in rural regions. As such, beehive fences are the best solution currently available to mitigate human-elephant conflict in East Africa. More investment is necessary to establish beehive fence lines across all human-wildlife borders in East Africa in order to guarantee that all farms are protected. By giving farmers greater confidence in their abilities to sell crops at market, beehive fences increase yields and enable rural farmers in East Africa to ultimately escape poverty.