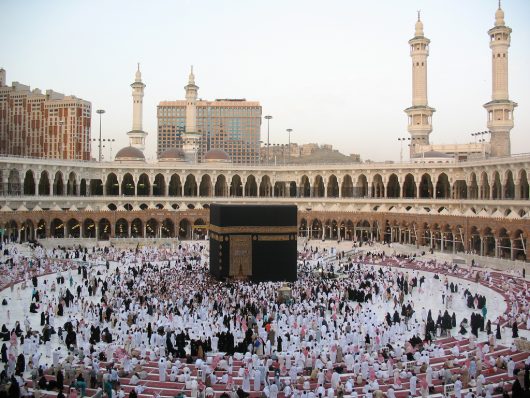 The rule of law in Saudi Arabia was developed and strengthened through a partnership between the American Bar Association (ABA) and the Prince Sultan University College of Law in Saudi Arabia.

The ABA was formed more than 130 years ago at a time when lawyers generally worked with domestic matters and learned the law trade by apprenticeship. International law, though, was a theme of one of the seven committees first established by the ABA, and acknowledged the importance of law in a global setting.

Lewis Powell wrote in 1965 as the ABA president about the association’s endeavor to identify “what lawyers can do of a practical character to advance the rule of law among nations.” He also identified that “the only viable alternative to the rule of force is the rule of law.”

In today’s globalized society, the ABA enforces the importance of rule of law or democratic governance in many nations like Saudi Arabia. The association states that an impartial and calculable rule of law in a country will lead to good international relations.

The Rule of Law Initiative (ROLI) was created by the ABA and acts as an international development initiative to advocate for justice, economic opportunity and human dignity through the rule of law.

The initiative identifies that breaches in the rule of law have bolstered many international challenges, encompassing health pandemics, migrants escaping poverty, vicious extremism, and illegal trade of weapons, drugs and human beings. Promoting the rule of law would help alleviate these challenges, create national security and furnish economic opportunities both in the affected nation and in the United States.

Today, the ROLI program and more than $40 million in annual funding from governmental and private donors combines staff and consultants to work with the pro-bono expertise of ABA members to promote legal reforms in more than 50 countries.

The five core principles of the institution are:

The project consisted of a month-long series of classes with each week presenting on one of the applicable skills to the legal practice. The classes were taught by five pro-bono legal experts from the United States, bringing decades of legal experience to share with the aspiring law students.

This month-long development session was the first of its kind in Saudi Arabia, and it provided practical skills courses that allowed female law students to gain experience on successful strategies for advancing their legal professions.

The ABA ROLI partners with many law schools worldwide to advance curricula, create clinical legal programs and strengthen skills-building activities. As evidenced by the partnership for rule of law in Saudi Arabia, the association’s assistance in preparing the next generation of legal professionals serves as a wonderful omen for future success.