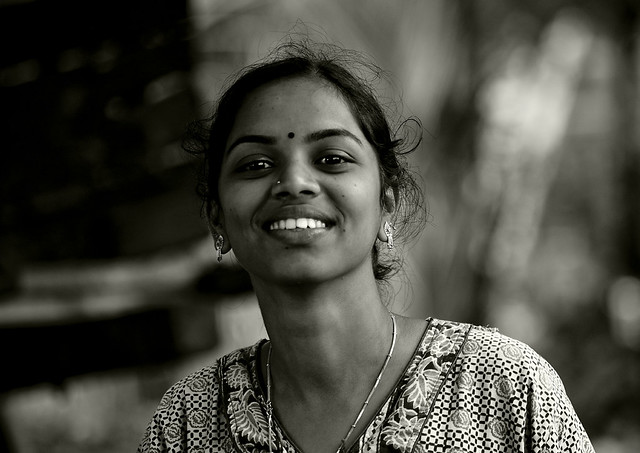 Whether wealthy or poor, the women of India are proud of their heritage and embrace their unique culture. One of the most noticeable components of Indian women’s culture is the bindi. While the rest of the world views it as a simple accessory, this tiny dot that sits in the middle of the woman’s forehead is a key element of reflecting Hinduism. Today the bindi is capable of being more than a religious adornment. The Life Saving Dot is a new kind of bindi that provides its wearer with a daily dose of iodine.

Iodine Deficiency Disorder, or IDD, is especially common in India due to the lack of iodized soil and nutrition. The Life Saving Dot has not only directly improved women’s health, but has also brought attention to the importance of including iodine in the everyday diet.

IDD is common especially in India for a number of reasons. The soil in India is famous for its lack of iodization, leaving crops with an insufficient amount of iodine. A majority of Indians favor a vegetarian diet and rarely eat seafood, which is another important source of iodine. A lack of iodized nutrition and a simple lack of awareness are the main contributors to IDD in India.

Iodine deficiency leads to a number of health issues. It is the largest contributor to brain damage which is often permanent. IDD is especially common among women as it affects pregnancy and can lead to breast cancer. Although IDD can have severe consequences, the disorder itself is easily preventable with a sufficient daily dose of iodine.

The Life Saving Dot: How it Works

This small dot has had a tremendous impact on the overall health of Indian women. Women wearing this bindi have reported a decrease in headaches, a common side effect of iodine deficiency. Costing only 10 rupees (equivalent to 16 cents in USD) for a pack of 30 dots, it is easily accessible to women of all income levels in India.

Impact of the Life Saving Dot

While the Life Saving Dot has a clearly direct impact on women’s health, perhaps the most important success of the dot is the awareness it created. The greatest contributor to IDD in India is a simple lack of awareness of the importance of iodine. An easy and effective way to combat iodine deficiency is by cooking with iodized salt. However, a significant number of Indian households were unaware of its importance.

India has made great progress in the search for IDD alleviation. According to a recent survey conducted from October 2018 to March 2019, awareness of iodized salt benefits is at 62.2% in urban areas and 50.5% in rural areas. Out of the 21,406 households included in the survey, 76.3% now have iodized salt in the home.

Awareness of iodine necessity increased due to media and the efforts of the Life Saving Dot. This new kind of bindi allows women to represent their proud culture while protecting their health. The direct health benefits of the Life Saving Dot are awe-inspiring and the awareness it presents is life-saving. By improving the awareness of the importance of incorporating iodine into one’s diet, families are protected from goiter, pregnancy complications and even brain disorders. Thanks to a small dot on the forehead, Indian women and their families are protected from IDD and the potential health risks it brings.