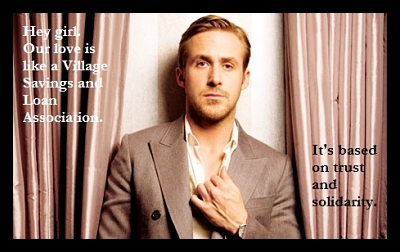 The independent, nonprofit news organization Humanoshpere has been devoted to covering and analyzing the most important issues in global health, development, and aid since its founding in 2010. The organization aims to expand the relatively meager and overly broad media coverage of humanitarian issues while better outlining the role that aid and development efforts play in their alleviation. If this isn’t a sufficient reason to believe that Humanosphere rocks, here are 6 more.

1.   Tom Paulson is one funny man: In addition to being terrifically intelligent and an incredible journalist, the founder and editor of Humanosphere have a wit that is unheard of in the somewhat stiff world of humanitarian journalism He deems his news coverage as “often irreverent” in its coverage of humanitarian issues and admits that global poverty just really “ticks him off.” He also claims that he and a childhood friend invented Earth Day. So there’s that.

2.   In with the warm, out with the fuzzy:  The language surrounding humanitarianism is tinged with a sort of hopefulness that is often overly ambiguous. Humanosphere attempts to maintain the warm characteristics while refraining from the fuzziness. They aim to clearly define the issues while promoting dialogue rather than simply declaring simplistic solutions.

3.    3. They’re based in Seattle: Often called the humanitarian center of the United States, there is no better place for the headquarters of an independent news organization trying to make the world a better place. Bolstered by the National Public Radio and other local affiliates, their “moss-backed bias” that poverty is a negative thing in need of alleviation is well supported in a city that is the nation’s leader in global health, aid, and development.

4.   They’re deadly serious, but not deadly boring: Poverty, injustice and suffering are by no means light-hearted matters, and Humanosphere does not approach them as such.  However, while Humanosphere is devoted to raising awareness about these international issues, they do not wish to do so in a hum-drum manner. Instead, they post articles with engaging titles such as “Feed the World: Bugs” and “On the West’s awkward relationship with Kenya,” and keep their rhetoric understandable and approachable.

5.   They don’t beat around the bush: In the words of Tom Paulson, “We’re journalists. We like the difficult, politically charged and awkward.” The writers at Humanosphere delve directly into the issues that matter most at any given moment. They aren’t afraid to call out any news or governmental organization that fails to do the same. They simply don’t shy away from the discomfort that inevitably arises from shedding light on the issues of poverty and injustice.

6.  They are a refreshing step in the right direction: Perhaps most importantly, Humanosphere is representative of the positive direction that the humanitarian journalism field is working toward. Aside from having the entirely admirable mission of making the world a better place, their coverage tactics are better aimed at reaching their modern readership base than most existing news organizations.

Does anyone need any more convincing? Ok, here’s a video of Tom Paulson himself performing Psy’s “Gangnam Style.” (He uploaded this himself. Like I said, he’s one funny man.)