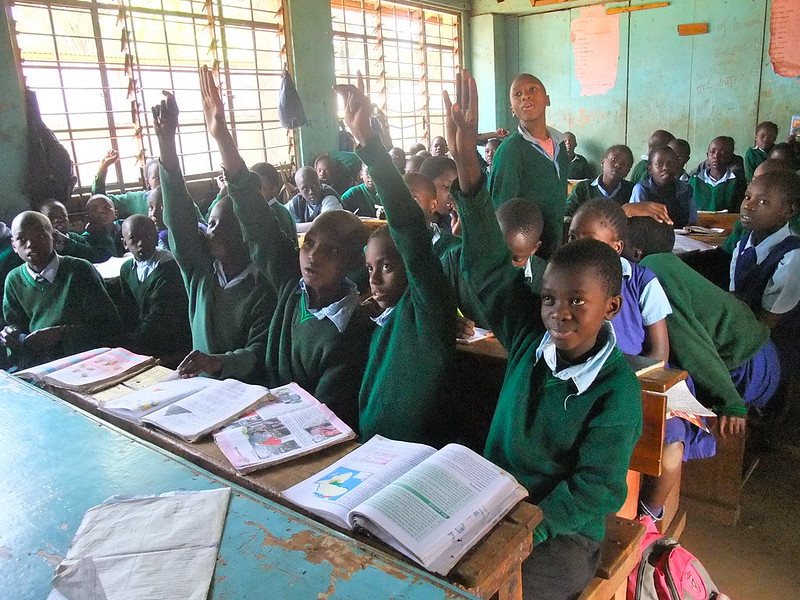 Many countries in Sub-Saharan Africa have found the majority of their populations living below the poverty line. With a lot of work being done to eliminate poverty in these countries, there have been dramatic changes in the lifestyle and the overall economies of many regions. The most notable changes have come from Kenya, showing some great economic advances between the years 2005 and 2015. Taking a look at the numbers, in 2005, 43.6% of Kenya’s population was living below the poverty line, earning less than $1.09 per day. Then, 10 years later, in the year 2015, Kenyans saw a dramatic change in their economy, dropping its poverty rate to 35.6%, and proving a continuous downward trend. Kenya’s significant socioeconomic improvement has prompted many to look closely at how Kenya has worked to drop its poverty rates. Here are three ways that Kenya was able to drop its poverty rates.

By improving the education system and focusing on its younger population, Kenya is creating opportunities for the youth, and as a result the country, to prosper. Through the use of newer classroom technology and better resources, it has become evident that Kenyan youth are coming into the world more prepared to work and increase economic growth.

By giving younger people the opportunity to build their knowledge around things they love, Kenya is dropping its poverty rate. Because the economy grows from the increase in educated people, poverty decreases as a result.

Rural regions in Kenya face the highest poverty rates. As such, in order to address the issue at hand, more economic progress was offered in more rural areas. As written in the World Bank Blog by Utz Pape and Carolina Mejia-mantilla, “this was possible because of the increasing importance of non-agricultural income (particularly commerce) to supplement agricultural income for rural households, which has been aided by the expansion of mobile money and the telecommunication revolution.” This explains one of the ways economic growth was offered in Kenya’s rural areas.

Building up communities has become one of Kenya’s main methods of alleviating poverty. Partaking in construction and building infrastructure has become one of the most booming businesses in the country, overall helping the economy and allowing for newer and safer residential areas to be built all around the country. According to the Privacy Shield, the construction industry has helped Kenya tremendously in creating jobs and a safer living environment. Along with that, Kenya has been able to strike up deals with outside countries, including the United States, thanks to the progress made within the construction industry. As a result of the attention on its booming industry, Kenya has been able to drop its poverty rates.

Although Kenya is making great advancements in alleviating poverty, there is still much to be done. To completely eradicate poverty in Kenya and support the country’s efforts to drop its poverty rates, the international community and humanitarian organizations must continue to donate and support Kenya’s poverty alleviation efforts. One of the ways the international community can help is by volunteering. Through the Overseas Program, one can volunteer and take a trip to Kenya to help push forward more advancements toward a less impoverished future for the country.