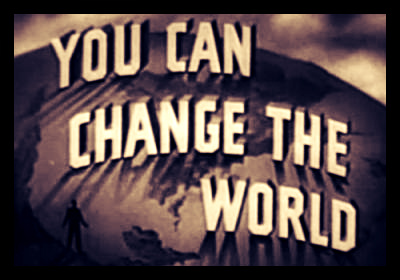 What do a French priest, Spanish poet, U.S. President, Scottish philosopher and self-freed African American all have in common?

They all think it’s time to end world poverty. Famous and brilliant men and women have been saying for years that at last we have the ability to make lasting change in the war on hunger.  Below are ten quotes from people that changed the world.

1. “Where justice is denied, where poverty is enforced, where ignorance prevails, and where any one class is made to feel that society is an organized conspiracy to oppress, rob and degrade them, neither persons nor property will be safe.” – Frederick Douglass, escaped slave, abolitionist leader and supporter of woman’s rights.

3. “The real tragedy of the poor is the poverty of their aspirations.” – Adam Smith, Scottish philosopher

4. “Hunger is not an issue of charity. It is an issue of justice.” – Jacques Diouf, Food and Agricultural Organization Director-general

5. “This is the first generation in all of recorded history that can do something about the scourge of poverty. We have the means to do it. We can banish hunger from the face of the earth.” – Hubert H. Humphrey, former U.S. Vice President

6. “[P]eace does not mean just putting an end to violence or to war, but to all other factors that threaten peace, such as discrimination, such as inequality, poverty.”– Aung San Suu Kyi, Burmese opposition politician and chairperson of the National League for Democracy in Burma

7. “What I would say to the young men and women who are beset by hopelessness and doubt is that they should go and see what is being done on the ground to fight poverty, not like going to the zoo but to take action, to open their hearts and their consciences.” – Abbé Pierre, French priest and member of the Resistance in WWII

8. “Poverty is everyone’s problem. It cuts across any line you can name: age, race, social, geographic or religious. Whether you are black or white; rich, middle-class or poor, we are ALL touched by poverty.” – Kathleen Blanco, former Governor of Louisiana

9. “The day that hunger is eradicated from the earth there will be the greatest spiritual explosion the world has ever known. Humanity cannot imagine the joy that will burst into the world.” – Federico Garcia Lorca, Spanish poet

10. “Hunger is not a problem. It is an obscenity. How wonderful it is that nobody need wait a single moment before starting to improve the world.” – Anne Frank, Holocaust victim

Change isn’t just needed, it’s also possible. It’s time to join the movement that’s fighting back against the greatest killer of people the world has ever seen – hunger. If any of these people inspire you, it’s because they accomplished something in the face of great opposition.

People are what change the world. Join us.

Sources: Do One Thing, Brainy Quote, Do Something Now
Photo: PBS