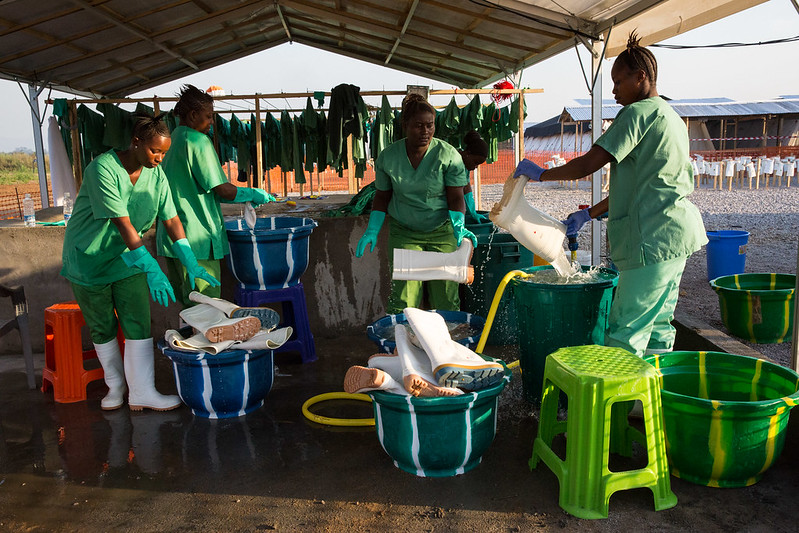 The COVID-19 pandemic has caused Activision Blizzard to host their annual gaming convention, Blizzcon, online this year in what was known as Blizzconline. At Blizzconline, Blizzard announced many updates and future releases for the company, as well as this year’s charity event in World of Warcraft. This year’s charity event will aid in World of Warcraft’s fight against the pandemic. In 2021, the popular role-playing game is partnering with Doctors Without Borders to donate to the nonprofit’s COVID-19 Crisis Fund.

Since 2010, Blizzard has partnered with charities and nonprofit organizations to donate millions of dollars through player donations. In years past, Blizzard would donate 100% of proceeds made off of player purchases of in-game cosmetic items like World of Warcraft pets or Overwatch skins.

This year, Blizzard is changing the way donations are being made. Players will be allowed to donate however much they want directly to Médecins Sans Frontières (MSF), or Doctors without Borders, and these donations will be tracked by Blizzard. After reaching preset goals, players will be rewarded with in-game pets as a reward for contributing to World of Warcraft’s fight against the pandemic.

Blizzard’s previous charity events have generally gone toward alleviating domestic issues in the U.S. This will be the first time the company partnered with an international humanitarian organization, except for its partnership with WE Charity in 2019. The WE Charity works internationally to end poverty by establishing education access and resources, providing more than one million people with access to clean food and water and empowering women to be self-sufficient.

Blizzard’s charity event with Doctors Without Borders will have player donations going directly to the nonprofit’s COVID-19 Crisis Fund. Doctors Without Borders is a humanitarian nonprofit organization working in more than 70 countries, providing people with medical aid and assistance. The organization has been combating malnutrition in children, treating preventable diseases and providing people with access to medical services and care since being founded in 1971.

The COVID-19 Crisis Fund has a current target of €150 million, or more than $181 million. All the funds will go directly toward Doctors Without Borders’s global response to the pandemic. For instance, the funding will be used for supplies for patients and staff and research ways to combat the virus. The goals of the COVID-19 Crisis Fund are to help stop the spread of the virus, reinforce food and water systems for at-risk populations and provide medical aid to those suffering from illness in more than 70 countries where the nonprofit works.