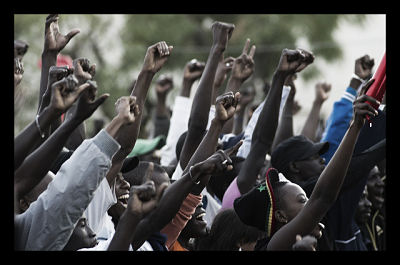 In an ever-globalizing world, state legitimacy is, at its core, the foundational property of a state’s ability to participate in global relations. Without legitimacy, an entity cannot enter into multi-lateral agreements or voice concerns; thus compromising economic and physical prosperity. Once a state possesses this legitimacy, however, it is by no means permanent. With a fluctuating political and economic landscape, exacerbated by global security concerns, states face both internal and external strife postured to compromise their legitimacy. As we have seen with Syria when this legitimacy is lost, the state is considered a failure.

Following World War I, the emergent world powers recognized the need to establish a global convention of nations. In theory, having a place where issues could be attended in a multi-lateral manner would dramatically decrease the likelihood for another world war.

Among political scientists, there is no universally agreed upon definition of a failed state. For most, however, the general understanding hinges upon the lacking of any criterion of which makes a state legitimate in the first place.

In 1933, leaders from across the globe gathered in Montevideo, Uruguay, to create a Convention on the Rights and Duties of States. At the Montevideo convention, global leaders convened a set of conditions which any state must meet in order to be admitted to the realm of the nations. Known as the Montevideo Criteria, a state must possess:

Currently, the best example of an entity seeking statehood is Palestine. Despite being granted Observer status in November 2012, Palestine still lacks the legitimacy necessary to vote or propose resolutions in the U.N. With views on border legitimacy, questions on the Palestinian refugees and right of return, and whether or not Hamas is a legitimate government, anything more than Observer status is currently untenable.

For states such as Syria, Bashar al-Assads Ba’ath party has demonstrated a clear inability to provide for the Syrian people. With a fleeing populous, civil war, human rights violations, the global political community views Syria as a failed state.

To address the degree of conflict plaguing much of the world, Foreign Policy Group and the Fund for Peace organization have developed an interactive Failed State Index (FSI). Utilizing analytics on 12 separate primary social, economic, and political indicators the FSI provides a valuable resource in bringing attention towards states in danger of failing.

By bringing attention to states that are in danger of failing, the organizations hope to influence leaders so that resources can be channeled accordingly. To be sure, a failed state does not simply affect the state in question. When there is a humanitarian crisis, refugees flood over the border looking for safety in neighboring countries. If a volatile government takes over, security concerns become a security crisis.

Simply put, putting the label of “failed state” on a state in crisis is an important diagnostic in international relations. However, with no coherent definition of a failed state, the U.N. and other institutions are unable to fully address the issues.