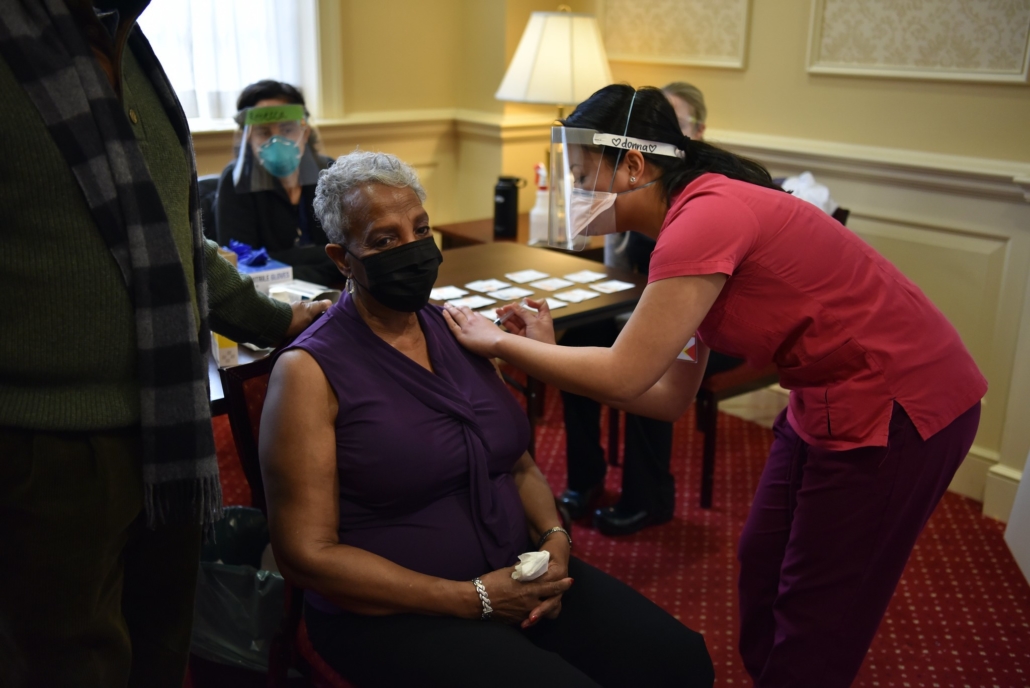 COVID-19 has displayed the vast interdependence of the world in 2021. The pandemic disrupted global supply chains, highlighted the impact of migration and travel and prompted international coordination on an unprecedented scale. The distribution and administration of vaccines during the pandemic has varied greatly among continents and countries, with high-income countries in Europe and North America inoculating their populations far faster than middle and low-income countries in Africa and Asia. The rapidly spreading Delta variant revealed that vaccination is not just an issue for each independent country. Expanding vaccine access in lower-income countries with large, dense populations in Africa and Asia is necessary for wealthy and impoverished countries alike. COVID-19 discourse under-represents the relationship between vaccine inequality and variants and highlights the need to expand vaccine access to lower-income countries.

Vaccine inequality is no more acute than in Africa. As of September 11, 2021, less than 4% of Africans received full doses of COVID-19 vaccines in comparison to more than half of the population in North America. The leading reason for this is drastic inequality in economic power and state capacity. Not only must countries be able to afford the vaccines but they must also have the infrastructure to administer the vaccines. This task is nearly impossible for countries such as Afghanistan, Mali and Myanmar while embroiled in domestic conflict.

Developing countries are mostly reliant on COVAX, the WHO’s initiative to distribute vaccines equitably, which is struggling to provide the number of vaccines it planned to. This is in part a result of wealthy nations ordering millions of vaccines directly from manufacturers, limiting the supply available to the WHO program before it was up and running. Assistance from and coordination with wealthier countries will be necessary in order to increase global vaccination levels before more variants develop.

The Delta variant has been the most important development in the global pandemic in recent months. Originating in India, Delta arose at a time when no one received vaccinations. Since then, it has spread around the world and prompted new lockdowns and countermeasures in countries on every continent. With less than 30% of the world fully vaccinated, there is good reason to believe that Delta will not be the last variant of COVID-19 that the world will see and the Lambda (originating in South Africa) and Mu (from Colombia) variants are already making way across borders.

As long as the majority of the world is unvaccinated, there is a worryingly high chance of the COVID-19 virus continuing to mutate. A sufficiently unique strain could potentially render the vaccine ineffective and reignite the pandemic. The Delta variant’s rapid spread across the globe proves that vaccinating just the domestic population will not bring about a certain end to the pandemic. As the most important factor in determining the rate of mutation is the rate of infection, an international agenda focusing on swiftly expanding vaccine access in order to mitigate the threat of future mutations would also best serve the United States.

The topic prompts the discussion of actions the U.S. is taking to rapidly increase global vaccination rates and whether there is room for more effort on the part of the U.S. In May 2021, the Biden administration voiced its support for abrogating the patents of vaccines in order to facilitate their production in lower-income countries and reduce vaccine inequality.

However, the United States does not have unilateral power to waive patents and the World Trade Organization is unlikely to advance this position. Furthermore, many contend that IP waivers are a poor solution to vaccine inequity. Manufacturing vaccines, especially mRNA vaccines, is a difficult and highly technical process with a small margin for error. Countries must also possess the infrastructure to produce vaccines quickly, safely and in large numbers.

It would be ideal if fixing global vaccine access was as simple as waiving patents, but unfortunately, the matter is more complicated. The United States can safeguard its own interest as well as the world’s interests by addressing the economic inequalities forming the root cause of vaccine inequality. Increasing COVAX funding is likely the most effective way in which wealthy countries can help address the global vaccine shortage while addressing the connection between vaccines and variants in the immediate term.

Another way that the United States is helping to increase worldwide vaccination is by donating surplus vaccines. By early September 2021, the U.S. had already donated more than 114 million vaccines, making it the “largest donor of COVID-19 vaccines globally.” The U.S. can continue this trend as the country possesses more than 1 billion surplus vaccines, many of which are destined to expire this summer. Millions of people in Africa and Asia would jump at the opportunity of receiving a vaccination if only their country had the supply to meet the demand.

The most cost-effective way to end the global pandemic is to address the causal relationship between vaccine inequality and variants by providing vaccines to those who would be able to obtain them if not for their country’s economic incapacity. Global vaccination is a non-zero-sum game that demands the whole world’s involvement.