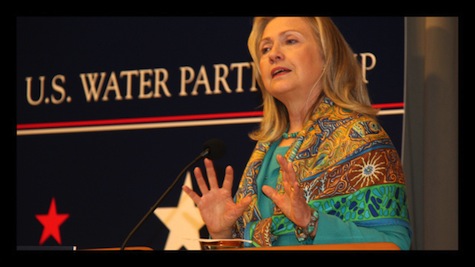 It’s been one year since former Secretary of State Hillary Clinton announced the start of the U.S. Water Partnership. The partnership consists of public and private sectors and “unites and mobilizes U.S. expertise, resources, and ingenuity to address water challenges around the globe.”

According to the fact sheet, “The USWP is an alliance of 18 U.S. government agencies and 29 U.S. private sector and civil society organizations.” However, the USWP has increased from 47 to 61 partnerships in the last year. They work together to improve water resources worldwide and focus primarily on developing countries.

The success of the USWP depends on collaboration and flexibility. Partners are able to work in groups or individually. For example, the Overseas Private Investment Corporation revitalized water purification systems throughout Ghana by providing funds for the Ghana National Water Infrastructure Modernization Project.  World Vision helped boost rural and semi-urban schools in India through the “Support My School” campaign, whereas multiple organizations joined forces to provide WASH technologies. These technologies decrease infection and increase public health.

Hattie Babbitt, Chair of the USWP Steering Committee, led the USWP first anniversary event at the National Academy of Sciences on Mar. 21, 2013.  She discussed the numerous projects that could not have occurred without the help of the partnership and congratulated the ten new partners. The USWP continues to grow and progress and strives to bring each person safe drinking water.