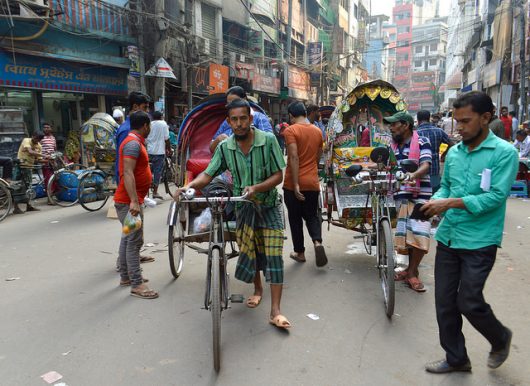 Inexpensive health care in rural Bangladesh is within reach due to solar technology. Researchers from Bangladesh’s BRAC University collaborated with Beevatech, a vehicle manufacturer, to create an ambulance that runs entirely on solar power. The three-wheeled ambulance, financed by the World Bank and seed funds from the U.S. Institute of Electrical and Electronics Engineers, is on track for a launch within the year.

The upgrade was sorely needed. Many rural Bangladeshi communities are unable to afford ambulance service, and people needing emergency care are forced to ride in antiquated, painfully slow, human-powered rickshaws. This solar technology will be a game-changer for outlying communities, as the new ambulances are expected to cost as little as $1,900. In contrast, traditional ambulances cost at least $30,000 in Bangladesh.

Innovation from an Unlikely Source

The project’s team leader, BRAC University professor A.K.M. Abdul Malek Azad, was inspired by a unique source — the racecar. Azad learned of a solar racecar being driven in Australia, and the idea struck. “I thought if researchers can develop a solar racing car, there is potential to develop a solar ambulance,” he explained.

Although the solar ambulance is faster than its human-powered counterpart, it can’t be mistaken for its racecar inspiration. The vehicle has a maximum speed of 9-12 mph. Still, the speed is a far cry from that of a human-powered rickshaw.

Azad has a big-picture approach for the ambulance. Not only are the vehicles cheap to purchase, but they are also inexpensive to run. They are equipped with a solar battery for use during nighttime hours, and there are solar panels on the roof to power it by day. The battery can recharge within three to four hours.

There are plans in the works to further improve the solar technology. Azad would like to see the installation of a solar-powered battery charging station at or near hospitals. Azad says, “This step is taken to ensure complete independence of these electrically assisted rickshaws from the national grid… by using the solar power we can reduce operational costs and save the environment.”

BRAC University’s Control & Applications Research Centre (CARC) took the rough roads of rural Bangladesh into consideration when designing the ambulance. The wheels were constructed to be thicker and smaller than the wheels of traditional rickshaws. This ensures a smoother ride on even the roughest roads. They also strengthened the chassis to increase stability — an important asset for a three-wheeled vehicle.

BRAC University researchers reported that they received a positive reception from the public when testing their prototype.

Impressed by the innovative solar technology, Health Ministry Secretary Habibur Rahman Khan reported that they would consider purchasing the ambulances for rural hospitals, once available.