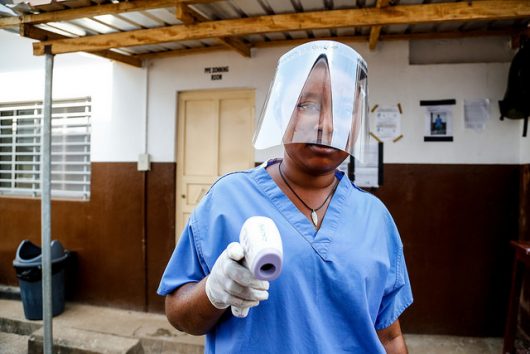 Many diseases still roam the Earth carrying deadly potential. One such disease is yellow fever. Understanding the critical effects of yellow fever is the best way to make progress in working to eradicate the disease.

Yellow fever is beginning to make a comeback in Nigeria and Brazil as both countries are seeing threats of the disease in urban areas. There was a spike in the disease in the 2000s in Africa and the Americas, which put 40 countries on the high-risk list. In 2016, yellow fever outbreaks were only contained when a mass vaccination drive reached the 30 million people most greatly affected.

What is Yellow Fever?

Yellow fever is an African mosquito-borne infection of primates. In its natural habitat, it’s transmitted between monkeys via forest-dwelling Aedes mosquitoes. The virus was introduced to the Americas through the slave trade and it is now enzootic in forest habitats.

Humans can be infected with yellow fever after spending time in a forest and then infect others through human-to-human transmissions. Yellow fever can cause a spectrum of symptoms across the board ranging from mild to fatal. It’s especially important to begin understanding the critical effects of yellow fever.

In some clinical cases, a sudden onset of fever with a severe headache, arthralgia and muscle pains happen first, followed by jaundice, which may appear on the third day. Jaundice usually indicates a poor prognosis. Transaminase elevations are also prognostic, and in severe cases, there may be spontaneous hemorrhage, renal failure, delirium, coma and death. Mortality of clinical cases can be as high as 80 percent.

For half a century, a safe, effective and inexpensive vaccine known as YF 17D was used to beat yellow fever. Unfortunately, few countries implement routine vaccination and YF 17D requires more than one dose to have lasting effects.

Many preventative measures exist but once contracted, there is no sure cure for yellow fever. Supportive therapy is the only option but the use of antivirals is an active field of research. Those who have contracted the disease must avoid aspirin and other anticoagulants as it increases the risk of bleeding. This is an example of why it’s important to understand the critical effects of yellow fever.

The current yellow fever outbreak in Nigeria began in Ifelodun, Kwara State in Western Nigeria in September 2017. By January 2018, a total of 358 suspected cases had been reported in 16 states, with 45 deaths. In late 2017, Nigeria aimed to quickly contain an emergency outbreak by vaccinating more than three million people.

The yellow fever virus continues to circulate where people remain largely unprotected. An immunization has been put in place as part of the continued efforts to eliminate yellow fever globally by 2026.

Brazil’s Ministry of Health reported that between July 1, 2017, and Jan. 23, 2018, 130 cases of yellow fever were confirmed in the country, of which 53 resulted in death. One-year earlier in the same time frame, there were 381 confirmed cases and 127 deaths were reported. Since 2017, Brazil’s Ministry of Health has provided some 57.4 million doses of the yellow fever vaccine.

This year, helpers traveled to Minas Gerais to assist with the identification of yellow fever outbreaks in monkeys. These efforts of the national and state health authorities help them to better understand the circulation of the yellow fever virus while also serving as a reminder to further vaccination strategies.

Yellow fever has no limitations on the people it affects and is limitless in its reach. The first step in the fight against this disease is understanding the critical effects of yellow fever. Only then can it be abolished worldwide.

Upward and Onward: Main Reasons for Indonesia’s Resilience Diarrheal Disease Has More Power Than It Should
Scroll to top