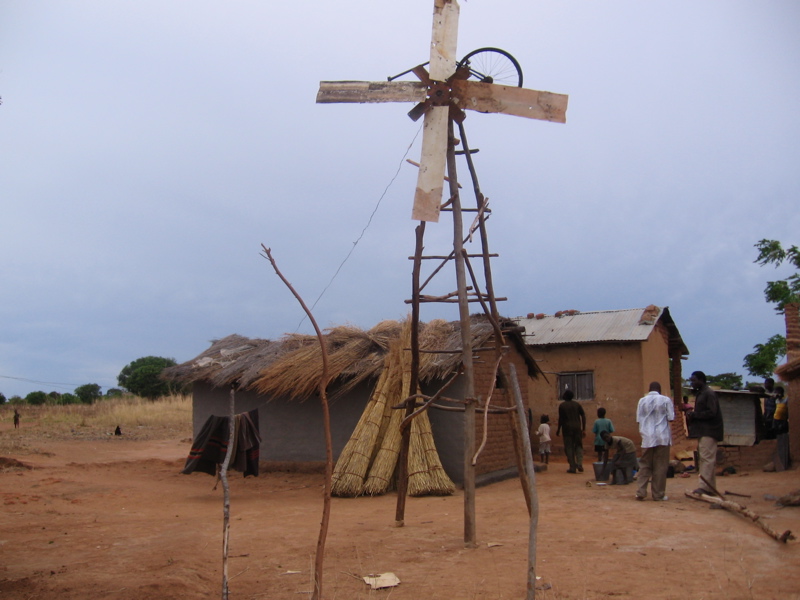 Malawi is a relatively peaceful country, but it still suffers from poverty. Eighty percent of the economy is dependent on agriculture, which means prosperity varies dramatically year to year based on factors such as rainfall and the number of pests. As a result of this and other factors, the percentage of mothers that do not survive childbirth is 40 times higher than the U.S., and literacy rates are around 20%-65% higher than 30 years ago, but with a lot of room for growth. During a particularly bad harvest year in 2002 due to a flood, a young boy’s parents could not afford the school fees necessary to keep him there. With only one meal a day available and nothing to do but farm, the life of William Kamkwamba did not look too bright. However, he was not ready to stop learning – he often went to a local library, which received funding from a combination of NGOs and foreign government aid.

The Early Life of William Kamkwamba

He also liked to tinker – he and his friends once started a business where they fixed up radios people had, but there was only so much money they could make in that business. One thing that interested him particularly was “Using Energy,” a physics textbook that had diagrams about wells that could improve harvests and other wind-powered devices that could produce electricity. Since he had nothing to lose, Kamkwamba decided to make a wind turbine using materials around his village.

The villagers were very confused by all of this and thought he was doing drugs. As he spent most of his free time digging through rubbish to find parts for his windmill doing something that the villagers had never seen or heard of in person, this assumption made sense. Nevertheless, the 14-year-old built up a collection of materials – scrap metal, rubber from bicycle tires and wood from local trees – and assembled it within the year. The townspeople’s opinions quickly changed when the device (pictured above) powered a homemade lightbulb.

His popularity suddenly skyrocketed. First came the people in his village who wanted to charge their cell phones at his 12V windmill. As a result of energy transfer, phones were more common than what people used to power them. As a result, inventions like Kamkwamba’s benefitted many in his community alone. Then, the local newspaper, the Daily Times, got wind of the story and encouraged some venture capitalists to show him a computer, something he had never seen before. His well-done TED talk primarily brought him fame in the U.S., where he then did the late-night circuit among names like Jon Stewart. A film showcases the life of William Kamkwamba – “The Boy who Harnessed the Wind” – and none of this would be possible if it was not for a well-placed library and Kamkwamba’s determination to make his life better.

At the same time, William Kamkwamba graduated from Dartmouth College and earned a degree in environmental studies, finishing his education that famine once interrupted so many years ago. With the money he made from donations and movie rights, he also installed a solar pump and technology to produce clean water to his home village in Malawi.