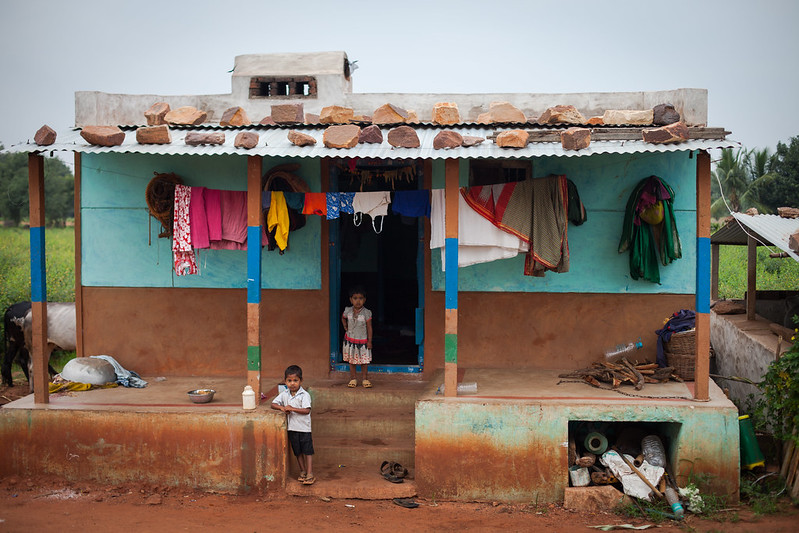 India used to be one of the world’s poorest nations in the past century. However, the country has experienced exponential growth since the turn of the 21st century and is now one of the fastest-growing economies. In the last 20 years, their Gross Domestic Product (GDP) has skyrocketed from approximately $469 billion in 2000 to 3.17 trillion in 2021. Accordingly, the GDP per capita quintupled from $444 in 2000 to $2,277 in 2021. However, this does not necessarily reflect decreased inequalities among citizens. According to the State of inequality in India Report issued in 2022, the top 0.1% and 1% respectively earn 5% to 7%, and 6.82% of national income; while the bottom 50% hold 22% of total national income. Not surprisingly, this disparity affects India’s rural areas the most.

Although there have been significant improvements in living conditions in urban areas in India, there still remain pressing challenges across rural areas in the country. Poverty rates are high, while literacy rates are low. Basic infrastructure for health and education is lacking in addition to transportation methods, which ultimately leaves these regions disconnected from the outside world. Still, people are dying due to diseases due to poor water quality. Regarding the gender gap, one can see the inequality between men and women in the clear disparity in their respective literacy rates: 82.14% of men are literate while that number is almost 17 percentage points lower for women at 65.46%. Moreover, unemployment remains a challenge for rural areas. Increasingly, more young Indians are emigrating from these regions to find employment in urban areas, causing an outflow of talent in these regions.

The Byrraju Foundation originated in 2001, in memory of the late Shri Byrraju Satyanarayana Raju, a philanthropist and agriculturist who believed that enhancing the quality of the lives of citizens in rural areas could aid in the development of villages. The Foundation rapidly expanded its operation to cover 200 villages, running 40 diverse programs, touching all aspects of rural life and impacting more than 2 million people. Its mission is “to create and operate a collaborative platform dedicated to rural transformation by systematically leveraging global knowledge, technology and infrastructure,” while doing all it can to involve people and apply knowledge, in order to ultimately make things happen.

The Byrraju Foundation’s social impact programs cover a wide array of sectors. They range from helping in agriculture and farming to providing health and education services. The environmental department provides safe drinking water to villages and helps with sanitation and waste management. Over the course of three years, it is aiming to provide 8.9 million people with 100% access to safe drinking water. Moreover, the organization is placing a focus on disability and women’s empowerment. The latter occurs by promoting young women entrepreneurs by granting them financial assistance and market connections while advising them on how to set up profitable and sustainable enterprises.

What makes Byrraju Foundation stand out is also its investments in technology. Examples include banana fibre extraction units, coconut tree climbing robots or even core rope-making machines. The Foundation is also attempting to bridge the digitalization gap by preparing villages for the reality of the global technological revolution. It is accomplishing this through its DEEP program, otherwise known as its Digital Empowerment and Education Program.

Disability and Poverty in MoroccoSnakebite Envenoming in India
Scroll to top