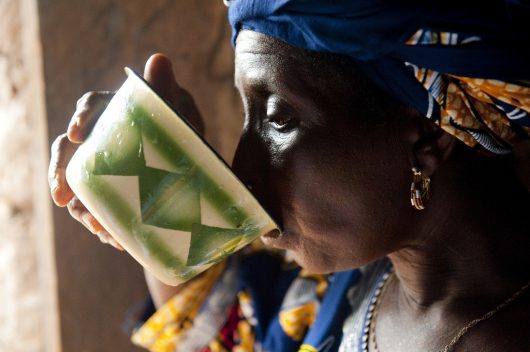 There are upwards of 780 million people in the world who do not have access to clean water. On top of this, an estimated 1.2 billion people lack access to electricity — that is nearly 17 percent of the world’s population. Individuals living under such circumstances suffer chronic exposure to waterborne illnesses, and hundreds of millions more must walk hours each day to collect potable water.

SunSaluter, a 501(c)(3) non-profit organization dedicated to improving energy and water access in the developing world, aims to remedy these issues in a simple and affordable way.

The goal of SunSaluter is to make energy and water more accessible through one simple device. The SunSaluter device itself uses gravity and water, rotating a solar panel throughout the day. The device generates 30 percent more electricity, is 30 times cheaper and is far more durable than motorized solar trackers.

The SunSaluter has been deployed in 16 countries and has impacted nearly 8,000 people worldwide. By boosting solar panel efficiency by 30 percent, fewer solar panels are needed and the overall system costs are reduced by 10-20 percent. This lowering of cost alone has helped the impoverished families eliminate the use of kerosene gas.

How does it work? The SunSaluter enables solar panels to produce energy more consistently through the day, beginning earlier in the morning and lasting later at night. This is critical for rural families who often wake early in the day. It helps decrease the need for batteries to store energy that is usually produced mostly around high noon.

The SunSaluter also contains a water purifier within its system. Each day the device is capable of producing four liters of clean drinking water. By combining both energy and water collection into one simple device, the SunSaluter kills two birds with one stone. It improves consistent usage of the purifier as well, which tends to be the biggest hurdle to overcome for clean water programs.

Consequently, SunSaluter is not just working to help with the lack of energy and water in the developing world. “Our goal is to provide entrepreneurial opportunities for individuals in underdeveloped countries,” Eden Full told Business Insider in a recent interview. “We give them guidance, mentorship, and some funding, and the idea is to spread this technology.”

Currently, the company’s core manufacturing operations are in India. It is looking to move into Malawi as well. SunSaluter and its impact on the developing world have only just begun!