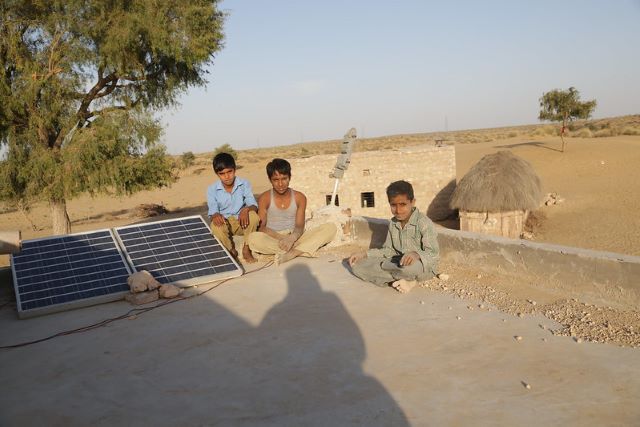 Electricity will be one of India’s largest concerns in the next few decades. The population is both increasing and urbanizing. The International Energy Agency predicts that India will have almost 600 million more electricity consumers by 2040. Currently, India’s power grid coverage is inconsistent. About 360 million people live without electricity because the grid does not extend to their homes, while another 20 million people have only an average of four hours of electricity per day. With India in desperate need of new, efficient sources of energy, solar power is in demand. The Indian government encourages solar power and offers subsidies for small businesses and individual homes. For India’s poorest citizens, solar is still a major investment that can be difficult to afford. SELCO offers solar power to India that is affordable and made for India’s poorest citizens.

Its unique, localized financial model also means that it is able to provide products to people who traditionally would not be able to afford them. As stated on its website, a key myth that SELCO wants to dispel is that poor people cannot afford or maintain sustainable technology.

To successfully bring solar power to India, SELCO argues that poor people cannot afford the traditional financing necessary to pay off these technologies. It has seen success from customizing payment plans to individual situations, which allows people to pay installments in sync with their own schedule instead of a bank’s set schedule. Today, Hande lobbies banks to allow for greater financing flexibility and international institutions including the United Nations now provide financial assistance after seeing the success of SELCO’S unconventional financing methods. This has allowed SELCO to grow at an annual rate of 20%, providing 450,000 “solar solutions” in the region.

It operates 25 satellite branches and a technician is less than two hours away from every customer. Technicians speak local languages to foster trust. Limiting its reach allows SELCO to adhere to its mission while making a profit. While institutions such as the World Bank have doubted whether providing solar to the rural poor can turn a profit, SELCO’s model allows it to defy expectations.

Just like its financing, SELCO’s products are successful because of flexibility. For example, Hande learned that many people needed light in multiple rooms but could not afford that many lights. So, SELCO devised a plan where it installs multiple electrical points but provides only one or two lights. The idea is that they don’t need lights on in every room at once and can move the bulbs from room to room. Sales soared. Being in tune with community needs allows SELCO to understand the needs of India’s rural poor and tailor solutions that other companies might not consider.

Besides lights, SELCO offers a range of solar-powered commercial and home products, from water heaters and sewing machines to milking machines and photocopiers. SELCO’s goal is to provide a new solar option every month. With the solar industry only expected to grow in the foreseeable future, expect SELCO to be at the forefront of bringing solar power to India.