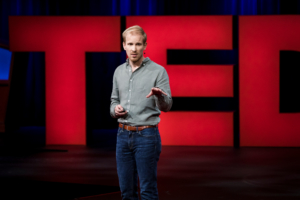 In the best-selling book, “Utopia for Realists,” author and Dutch popular historian, Rutger Bregman, outlines three utopian ideas to eliminate extreme poverty. Universal basic income, a 15-hour work-week and open borders are Bregman’s three leading solutions to creating an ideal global society. Bregman’s writings, interviews and fiery speeches, like the one he gave at the Davos World Economic Forum in 2019, reminds one of the importance of utopian thinking. Here is a breakdown of Rutger Bregman’s three ideas to end poverty.

A universal basic income (UBI) is the first of Rutger Bregman’s three ideas to end poverty. UBI is an unconditional cash transfer that countries can give to citizens; the concept involves the allocation of a certain amount of funds regularly to cover essential living costs. Recipients of the grant are free to spend it however they choose. The idea has found support from a wide range of credible thinkers, including Dr. Martin Luther King Jr., economist Milton Friedman and Facebook co-founder Chris Hughes.

The longest-running UBI experiment is currently happening in Kenya. The charity GiveDirectly is paying more than 20,000 people roughly 75 cents per day. Less than $1 may not seem like a lot, but that amount is roughly what Kenya’s poorest make daily. Money from the nonprofit essentially doubles recipients’ annual incomes. GiveDirectly’s trial began back in 2016 and should span over 12 years. So far, the results have shown a positive impact. By using a cellphone-based payment system, the nonprofit has increased food consumption by 20 percent, reduced the number of days a child goes without food by 42 percent and increased revenue from livestock and small business by 48 percent.

Additionally, UBI might be around the corner for the United States. As the coronavirus health crisis unfolds, the U.S. government is moving quickly to jump-start the nation’s economy. In a rare bipartisan effort, Republicans and Democrats have signed a colossal $2 trillion stimulus plan which will include direct cash payments to American citizens. The Senate aims to send one or two cash transfers to American adults for $1,200, and an additional $500 for children. It is the most extensive emergency stimulus package in American history.

In “Utopia for Realists,” Bregman reminds his readers that at one time the idea of a 15-hour work-week was not as inconceivable as it may sound today. In 1930, British economist John Maynard Keynes predicted that a 15-hour work-week would be inevitable by 2030. He believed that society’s real problem would be dealing with boredom from all the spare time. Alas, his prediction did not come true. In fact, the opposite is true in some cases, and people are working more hours than they did in previous generations.

In a world where time is money, it is hard to imagine the practicality of working less to earn more. However, Bregman insists that “productivity and long work hours do not go hand in hand.” Over time, fatigue and stress are causing burn-out in workers all over the world. The problem is so severe in Japanese corporate culture that it has a name for it, Karoshi, meaning death caused by overwork. There comes a point when working more becomes less productive.

Americans, on average, are clocking in 137 more hours than Japanese workers every year with 52.3 percent of people report being unhappy at work. Although average productivity has gone up 400 percent since 1950, real wages (adjusted for inflation) have remained stagnant. People are working more than they did 70 years ago and are not seeing the difference in payment.

But does working less pay more? A New Zealand based estate planning company, Perpetual Guardian, believes so. The staff experimented with working four days a week and have dubbed it a massive success. A survey from before the experiment determined that only 54 percent of employees felt they were able to manage a work-life balance. After implementing a four-day work-week, 78 percent felt they could. Employee stress levels dropped 7 percent and team engagement rose 20 percent. This idea of Rutger Bregman’s three ideas to end poverty would allow greater pay with shorter hours.

Open borders may be the most radical solution of Rutger Bregman’s three ideas to end poverty. Opening up the world’s borders to allow the free movement of people across any country makes many skeptical and afraid of societal collapse.

Development economist Michael Clemens argues that open borders would double global GDP by allowing the free movement of labor to become more productive. Clemens also dissuades fears of job loss and culture degradation pointing to the U.S. Chinese immigration ban that was in place from 1882-1965, and how after the ban lifted, none of the predictions became true.

Economist Bryan Caplan argues that nation-dividing borders more often act as a form of global apartheid. The level of economic inequality one experiences generally depends upon which country they were born in. Rutger Bregman states that 60 percent of someone’s income depends simply on their country of origin. With the enforcement of stricter border policies all over the world, poor people have little to no say in where they can live.

Rutger Bregman’s three ideas to end poverty are bold and unorthodox, however, some are conducting studies around the globe to determine their viability. Bregman’s ideas are utopian, and that is the point. Ending slavery, improving women’s rights and adopting a 40-hour work-week were once utopian ideas too. “Utopia for Realists “argues that it is essential to dream big, to create a better society for everyone.