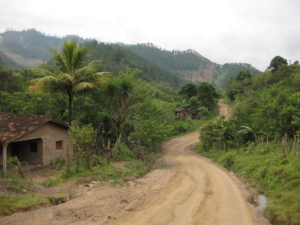 Honduras is one of the many countries in Central and South America that has begun using a variety of different forms of renewable energy. In 2012, the government passed reforms to help the country adopt renewable energy at a faster rate. Before the reformations, 70% of the energy produced in Honduras was from fossil fuels while only 30% came from renewable energy. Now, Honduras believes that by the end of the decade it will be able to use renewable resources for 95% of its energy needs.

Solar power is also another dominant form of renewable energy which makes up 10% of energy consumption. Honduras’ solar market is now the second largest in all of Latin America, with Chile being the first. Honduras is also one of the first non-island countries that has been able to use 10% of its solar energy for electric generation.

Other forms of renewable energy include biomass at 10%, wind at 7% and geothermal at 1%.

One way renewable energy has helped Honduras has been by allowing private companies to be more efficient with their energy usage. One such company is the Invema Plant. The Invema Plant is the primary plastic recycler in Honduras. The company installed solar panels on its buildings and reduced their electricity usage by 30%. As a result, the company reinvests the monetary electricity savings to further recycle plastic.

Regardless of the challenges that still face Honduras, that country has been able to make a good deal of progress in building energy self-sufficiency since the reform implementations.