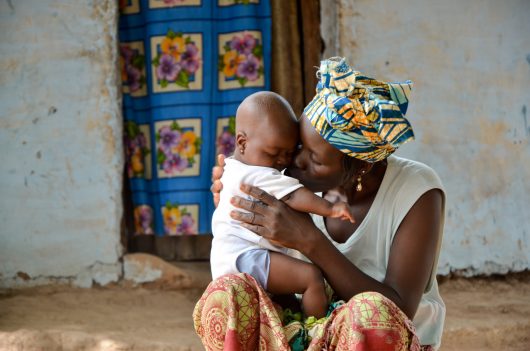 Many people falsely believe that increasing healthcare in the least Developed Countries (LDCs) will exacerbate the global population growth problem. In reality, the exact opposite is true.

Statistics show that as healthcare increases around the world, families have fewer children, driving down infant mortality rates as well as population growth. On average, birth rates in More Developed Countries (MDCs) are 1.7 children per family, while in LDCs birth rates average to 4.3 children per family. In LDCs families are having more children to compensate for high infant mortality rates. Parents plan to have around 5 children as an insurance policy, to offset the children that are lost. The World Health Organization, with the help of the Bill and Melinda Gates Foundation (BMGF), has been working to reshape this ideology since 1990. By increasing planned parenthood facilities, healthcare infrastructure, and vaccinations, families are able to have fewer, healthier children. In Lesser Developed Countries birthrates dropped to 2.6 children per family. Roughly 122 million children’s lives have been saved since 1990.

BMGF has found that the best management practice for raising global health is vaccination. Vaccination rates have gone from under 10 percent in 1980 to 80 percent in 2015 in LDCs, saving countless lives from preventable diseases. This has been possible through the creation of Gavi, the Vaccine Alliance. Gavi is an international non-government organization that serves as the middleman between pharmaceutical companies and governments willing to fund vaccination programs. According to Bill Gates, “Since 2000, Gavi has helped immunize 580 million children around the world. The US is a major donor to Gavi — with bipartisan support — along with the U.K., Norway, Germany, France and Canada. It’s one of the great things the rich world does for the rest of the world.”

While vaccinations are a great first step towards ending poverty, they have their limits. Malnutrition is another key barrier as it is linked to 45 percent of all child deaths. Children missing key nutrients experience both cognitive and physical growth stunting. This is a much harder problem in terms of economic efficacy. It costs one dollar to administer the pentavalent vaccine, which protects against five deadly infections.

Nutrition, on the other hand, is a much more costly and nuanced problem that will require considerable economic growth within the affected countries to truly fix. The Bill and Melinda Gates Foundation philanthropic work has been indispensable to halving global extreme poverty since 1990.