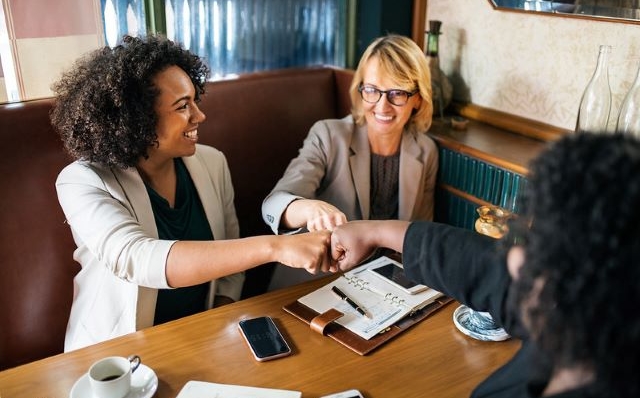 Two direct consequences of the alleviation of poverty in a region are economic growth and bolstered purchasing power. For countries that invest in the development of a region, there is the potential that a two-way economic relationship begins once that region’s population gains the necessary financial strength to buy more expensive consumer goods. The relationship between the United States and Africa reflects this trend, especially with the start of the Prosper Africa initiative. Prosper Africa helps end global poverty, starting with Africa.

Despite having struggled with chronic poverty issues, Africa is home to six of the 10 fastest growing economies in the world. With one billion potential consumers, Africa has the potential to become an economic powerhouse that can provide any international trading partner with a valuable destination for exports and a significant source of imports.

Seeing this opportunity, in 2018, the United States federal government launched the Prosper Africa initiative, which developed out of increasing requests by U.S. companies to have easier access to African markets.

With the oversight of the U.S. State Department and International Trade Administration, Prosper Africa offers U.S. and African businesses a wide-ranging set of economic tools such as access to financing, loan guarantees, insurance and business strategy advising. The program facilitates deals between U.S. and African businesses to foster a stronger two-way economic relationship between the United States and Africa.

According to a 2019 analysis by the Congressional Research Service, Prosper Africa has been implemented across the continent. Each U.S. embassy in Africa has created a team designated to fostering ties between U.S. and African businesses. Furthermore, the U.S. Development Finance Corporation has also launched an online point of access to the array of business tools that the initiative offers.

These efforts have had noticeable results across the continent. Since June 2019, Prosper Africa has facilitated more than 280 deals valued at roughly $22 billion in more 30 African countries, including Cameroon, Namibia, Sudan and Madagascar. These deals have been struck in sectors as diverse as healthcare, aerospace and financial services.

Prosper Africa helps countries in that it has also led to government reforms aimed at fostering a more transparent and efficient business environments in 10 African countries. These reforms ensure that small and medium-sized African businesses can access financial services and that governments can effectively implement necessary regulatory frameworks to govern business environments.

Ending Global Poverty is Beneficial for All

Prosper Africa helps Africa and the entire world because the fight against global poverty does not solely consist of one-way foreign aid investments. These investments have the potential to be the beginning of a healthy economic relationship between a developed nation and emerging economies. Once the United States takes the lead on an issue, the rest of the world follows. From addressing drug trafficking to addressing terrorism, the United States has shaped the focus of the international community on countless issues. Through Prosper Africa, the United States has the potential to lead the way once more and uplift the lives of billions in Africa.

The Good News: Greek Startups Are Helping the Economy Conquering the Fall Armyworm in Uganda
Scroll to top