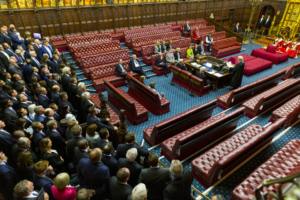 Approximately 14.2 million people live in relative poverty in the United Kingdom, which is about 22% of the country’s total population of 65 million. Of those living in poverty, 4.5 million are children, 8.4 million are of working age and 1.4 million are of pension age. The country’s poverty rate has not changed a great deal from what it was in the early 2000s (about 23%). There were some improvements in 2010 when the United Kingdom was attempting to make an economic comeback after the financial crisis, however, this decrease has since disappeared as poverty rates are on the rise once again.

For a country that many consider one of the richest in the world, having a poverty rate of this level seems somewhat unusual. For comparison, the United States has a 12.3% poverty rate – considerably lower than the United Kingdom – which begs the question, why the 10-percentage point difference?

Causes of Poverty in the United Kingdom

According to a report released by the United Nations earlier this year, poverty in the United Kingdom is due largely to the government’s continuous cuts to public spending and social programs which exist to benefit the poor. Poverty in the United Kingdom has reached such a level that many families must decide between basic needs such as heat and sustenance since they cannot afford both. Although the government may not have deliberately or willingly chosen to worsen the situation for its poor population, it is the main cause behind the rising poverty levels within the country.

Furthermore, the lack of steady income growth and the quick rise in living costs has furthered the need for the welfare benefits that the government has defunded. The government has attempted to remedy its cuts by replacing six benefits with one monthly payment instead, which has proven rather inefficient. This program, titled Universal Credit, has allowed for an increase in the number of people that seek out foodbanks, listing benefit delays or changes as a major cause for this increase.

Solutions to Poverty in the United Kingdom

Many of the policies the government has implemented over the years, which deeply affect the poor, often have easy solutions. For example, policies that include denying benefits to those who miss appointments or limiting the number of children that a claimant can have are rules that can be eliminated almost overnight with hardly any increase in costs.

According to the Joseph Rowntree Foundation, the United Kingdom poverty issue can be addressed by following this five-point plan:

Positive Developments in Poverty Reduction Efforts in the United Kingdom

The Universal Credit benefit that the British government implemented recently will increase work allowances. Estimates have stated that this will raise 200,000 out of poverty. Additionally, changing how one measures poverty can change one’s perspective on the matter and help improve living conditions for citizens.

Although the British government has many obstacles to overcome before it can see a reduction in its poverty rates, the U.N.’s report has shed light on an important issue in the United Kingdom Because of this, the government can now work even harder to eradicate poverty for its citizens.