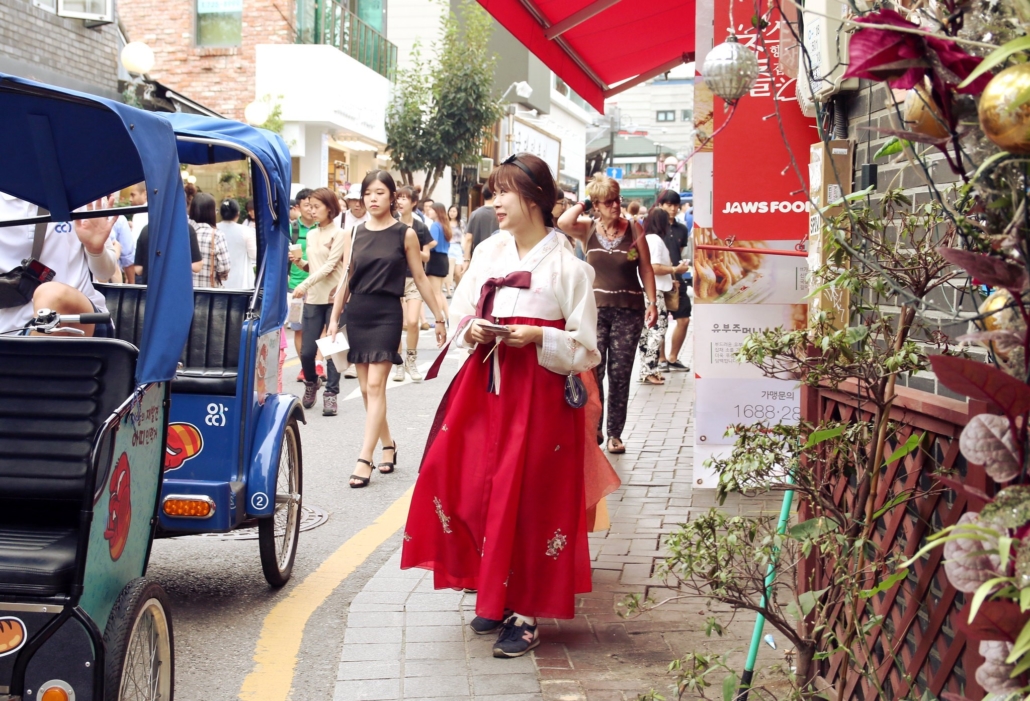 Many have avoided the subject of menstruation in the public spaces of South Korea, as it often receives the label of being a private experience for women. The expectation of South Korean women is that they separate their private life from their public image. As such, the government has immensely ignored period poverty in South Korea.

The lack of discussion surrounding menstruation has been consistent since the 1980s. Alongside this issue, patriarchal dominance and gender inequality are similarly longstanding. The harsh stigmas that others have placed upon menstruation accompany inequalities concerning wages, proper mannerisms, pregnancy and family roles.

Many women’s unions pushed for menstrual leave at work as a necessity directly correlated to their health and reproductive care. In 2001, South Korea authorized unpaid menstrual leave; however, women did not exercise the policy. Meanwhile, the refrain from utilizing the law strengthened due to the 2003 law alteration. Women could only receive menstrual leave upon employee’s request, which contributed to workplace discrimination and organizational discouragement.

In addition to these conditions in organizational settings, period poverty in South Korea was prevalent among lower-class families. In 2016, “insole girls” began to circulate in the media. It referred to girls who could not afford period products using insoles of sneakers instead of pads. This was a direct result of Yuhan-Kimberly, the leading brand of period products. The company raised the prices of its pads by 20%, despite period products being at their highest point in the region.

The exposure of “insole girls” began to stimulate discussion of period poverty in South Korea. The overwhelming response was anger. Period products costed half a living wage at the time, and many representatives began to advocate for period products to receive treatment as a public good. Charities and nonprofit organizations began to plan the distribution of free period products, such as pads, underwear and cosmetics for girls.

Yuhan-Kimberly released a public statement explaining its pledge to donate 1.5 million pads and develop cheaper options for several demographics. With new talk of affordable period products, the conversation began to shift toward menstrual cups and reusable pads, which the South Korean government combatted.

Despite the tensions of gender disparities and menstruation, the South Korean government began to relax restrictions and pass new policies regarding menstruation. In 2017, the government began to allow the sale of menstrual cups, despite its previous prohibition. In 2018, the South Korean metropolitan government announced the provision of free menstrual products in 10 public venues, such as the Seoul Museum of Art, Seoul History Museum and Seoul Metropolitan Library. The public has also stood up to fight period poverty.

Nonprofit organizations, such as the Korean Women’s Environmental Network (KWEN), fight for menstrual safety and period poverty. As an eco-friendly feminist advocacy group, KWEN has protested against unsafe sanitary pads and toxin-filled menstrual products. KWEN continues to encourage taboo discussions of women’s bodies, educating its audience on topics ranging from women’s hygiene to products that are safe and environmentally friendly.

As part of the ongoing discussion on period poverty in South Korea, many women spoke out on how people should consider period products a public necessity. They fought against the censorship of “saengri,” a common informal term for a period. They also began discussions of gender disparities in the workplace, family life and society.

Cho Nam Joo’s book “Kim Jiyoung, Born 1982 A Novel” sheds light on the different obstacles and pressures of being a woman in Korea. Considering its debut in 2016 — the crux of censored women experiences, Cho was challenging the stigmas to menstruation and the female experience. Cho is part of the feminist movement that stirs in the South Korean community.

Public discussion, nonprofits and the government have ushered in promising change regarding period poverty in South Korea. With continued support, women can challenge the stigmas regarding menstruation and dwindle the numbers of impoverished communities that period poverty in South Korea affects. The idea of a foreseeable end to gender discrimination and menstrual taboo has surfaced and resounds strongly throughout the country.