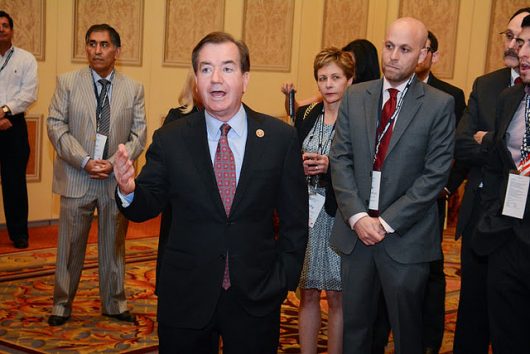 On July 27, 2017, the House Foreign Affairs Committee passed nine new bipartisan measures, including the Protecting Girls’ Access to Education in Vulnerable Settings Act. This bill recognizes the need for comprehensive primary and secondary education for refugee children, especially women and girls, as they systematically face greater obstacles in obtaining an education. If passed, this bill would ensure Congress works with both private and multilateral organizations to implement educational programs abroad.

Democratic Rep. Robin Kelly, a co-sponsor of the bill along with Republican Rep. Steve Chabot, spoke for the bill in a markup. Kelly pointed out that 65 million people, half of whom are under 18, have been displaced since the beginning of 2017, and four million displaced children lack access to elementary education.

Kelly claimed that displaced children are more vulnerable to abduction, poverty, and early marriage when they cannot attend school and that school can help displaced children cope with trauma and overcome feelings of isolation by providing a community.

Related measures passed include the North Korean Human Rights Reauthorization Act of 2017, which supports North Korean refugees and advocates for radio broadcasting in North Korea, as well as the resolution entitled “Supporting respect for human rights and encouraging inclusive governance in Ethiopia.” All of the measures passed received bipartisan support, and several have bipartisan sponsorship.

During markups, Congressional committees discuss, amend and rewrite proposed legislation. In this markup, seven of the nine measures discussed were amended, but all passed at the end of the session. Rep. Ed Royce, Chairman of the House Committee on Foreign Affairs, reported the measures favorably and was authorized to seek House consideration of the measures under suspension of the rules.

As these bipartisan measures all passed without much dispute, they will likely continue to move quickly through the House of Representatives.