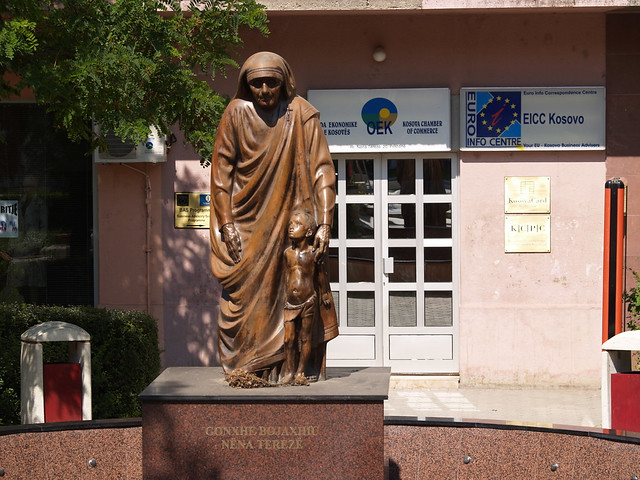 Mother Teresa is well-known throughout the world for her humanitarian work — she aided poor people no matter their illness, religion or culture. Born in 1910 in Yugoslavia, she lived most of her life in India, then passed on in 1997. Mother Teresa was awarded a Nobel Peace Prize in 1979, the U.S. Presidential Medal of Freedom in 1985, and posthumously, Pope Francis officially declared her as a saint in 2016.

Mother Teresa helped people so poor and ill that most others avoided them. She created rehabilitation homes for lepers, and rescued homeless people dying in the streets and gave them hospice shelter and love during their deaths.

While Mother Teresa helped anyone in need regardless of their condition, religion or culture, and her strong devotion to Jesus Christ motivated her work. She once said, “The work is only a means to put our love for Christ into action… to work for the poorest of the poor. So, my vocation was a continuation of belonging to Christ and being only His.” The following are five of Mother Teresa’s most inspiring quotes surrounding the issue of poverty.

5 of Mother Teresa’s Most Inspiring Quotes Regarding Poverty:

A Light in the Dark

From providing makeshift recovery shelters and friendly hospices for sick homeless folk, to giving food to the hungry and friendship to the lonely or shunned, Mother Teresa was a kind light and safety-zone to thousands of poor people from all walks and creeds of life. Her body may have passed from this world, but Mother Teresa’s most inspiring quotes live on, influencing others to follow her example.